We have this Mini Australian Shepherd that is my daughter’s dog. That naturally means he is really my dog because I have to take care of him. He is pure, fuzzy evil. His name is Jet because he runs literally everywhere no matter if he can’t stop his full-on doggy sprint before he smashes into something. We also call him various other names like Jetty McJetface, Jetticus Maximus, or Dickhead. The latter typically reserved for when he randomly sprints up to me, smashes into my leg, and tries to steal the socks off my feet. I’d like to buy him some of this samurai pet armor and change his name to Shogun. 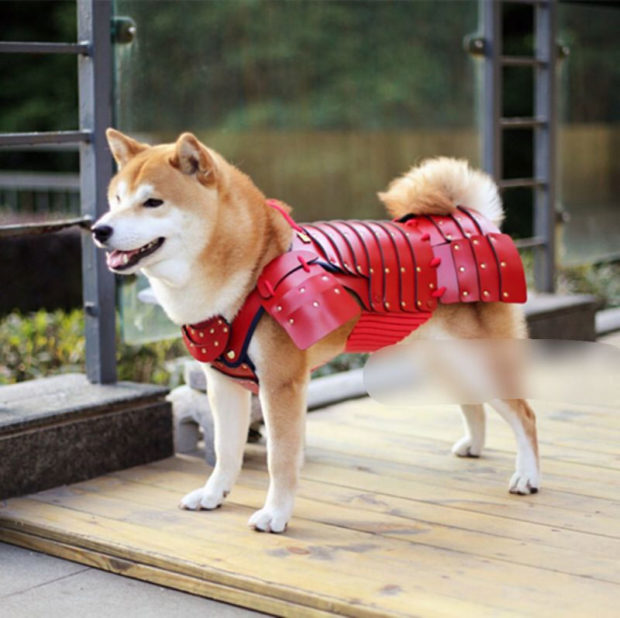 He’d probably chew the armor right off himself, but he would be the most badass dog at the dog park and have some protection the next time a German Shepard tries to hump him. I think that scared him for life, he now routinely tries to hump every German Shepard puppy he sees in revenge. 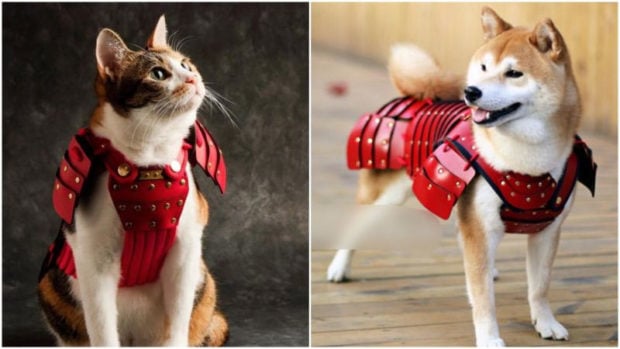 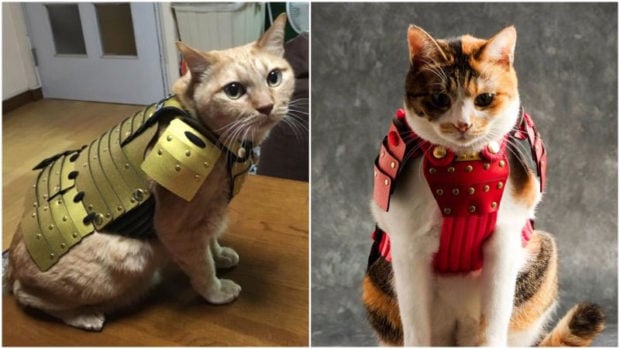 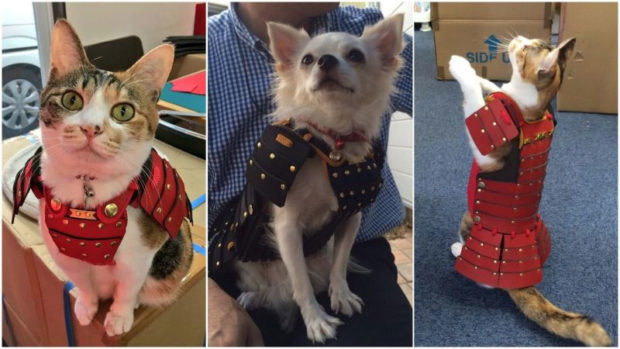 Samurai Age pet armor costs costs about $130 to $150, depending on the style and size. You can tell these photos are legitimately from Japan because the dog’s junk is blurred out.