They don’t show it in the movies, but the Galactic Empire, like the British Empire, actually loves tea. It is a little known fact that during the battle of Hoth, Stormtroopers were having a tea party in the back of those AT-ATs. It went pretty well until some young Jedi tripped them up, and sent tea and china flying everywhere. 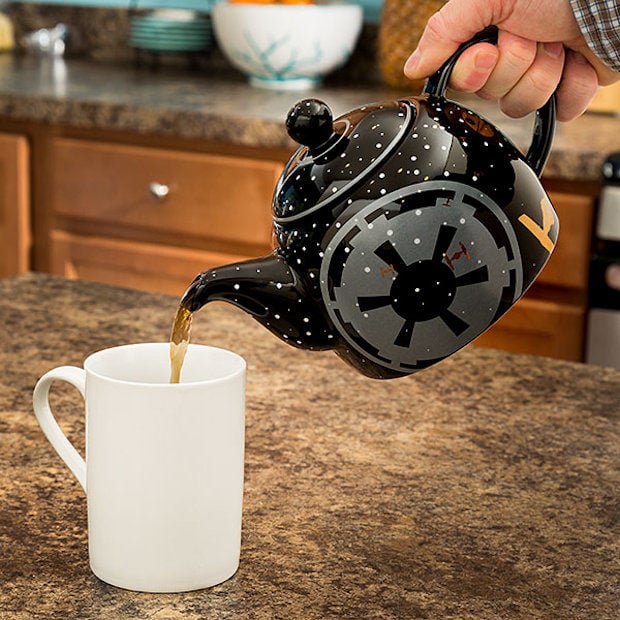 This is the teapot they used. It features TIE fighters zipping through a starfield, and a large Imperial logo. All of the Imperial forces are using one – probably because they all bought theirs from the Death Star gift shop just before it blew up. Now you can have one too. 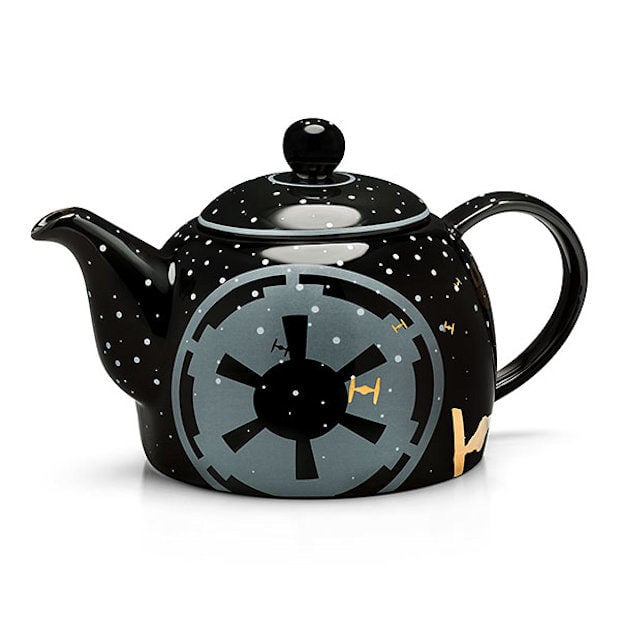