We love to make LEGO builds around here, but when an aerospace engineer plays with LEGO, he makes them fly. I’m talking about engineer Adam Woodworth, who made his LEGO Space Shuttle lift off. 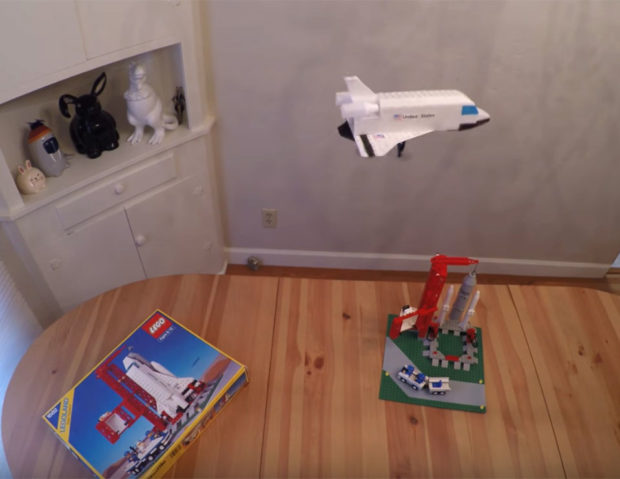 Set #1682, aka Space Shuttle Launch, was released way back in 1990. It is a a classic. But actual LEGO blocks aren’t exactly lightweight, so Adam rebuilt the entire set from scratch, using foam blocks. Check it out in action:

The frame is made from one-millimeter foam and weighs about 2.5 grams. He made the LEGO studs on top using a hole punch and then gluing each one in place so that it is light enough to take off with three tiny propellers on its underside.

Seriously, I can’t wait for LEGO to offer some sets that fly, because this is awesome.