Goldfish Destroys Stuff with a Hammer

Witness the destructive power of the mighty goldfish! What you’re looking at here is the Fish Hammer built by Neil Mendoza, who is obviously a mad scientist, as he has now given a tiny fish the ability to smash stuff with a hammer. 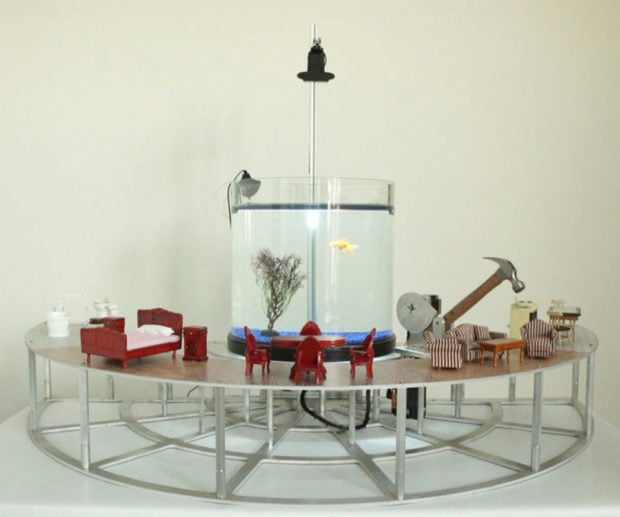 A camera tracks the goldfish’s movement inside a tank, and communicates with a Teensy microcontroller to move the hammer to the fish’s position along a semicircular track. I’m not sure triggers the hammer to come down. Maybe the fish’s downward movement or when it stops for a moment. Regardless, it’s creepy.

You can find details on the build over on Instructables if you want to make one and give your fish destructive God-like powers. If you want your goldfish to destroy everything in your house, then go for it. But if you do, this will be the first step toward fish taking over the world.

[via Sploid via Geekologie]