Do you love the classic Apple II computer? Video game engineer Chris Larkin recently met up with the folks at Tested to show how he built a working miniature Apple II replica. This mini version of the classic computer emulates the full size one, but you can hold this one in the palm of your hand. 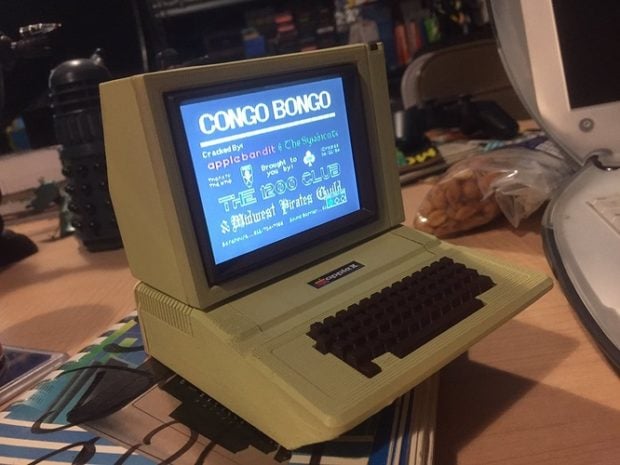 The tiny computer is based on a $9 CHIP card, and has a teensy LCD TFT screen, sound support, and is powered by a drone battery. It’s controlled wirelessly via a full-size Bluetooth keyboard, though it currently doesn’t have joystick support, so playing some games is a bit of a challenge. If you want to try making your own, Chris shared the files and instructions here on GitHub.

It’s probably been a long time since you used an Apple II, but I bet you have never used one as small as this. Even if you don’t play it, it’s a pretty adorable little replica that you will want to put on your desk.