I had an Atari 2600 back in the day, and one of the game I played a whole a lot of was Ms. Pac-Man. I sucked at it. I got devoured by ghosts constantly, and never racked up much of a high score. Microsoft’s Maluuba AI on the other hand is a dominating Ms. Pac-Man player. 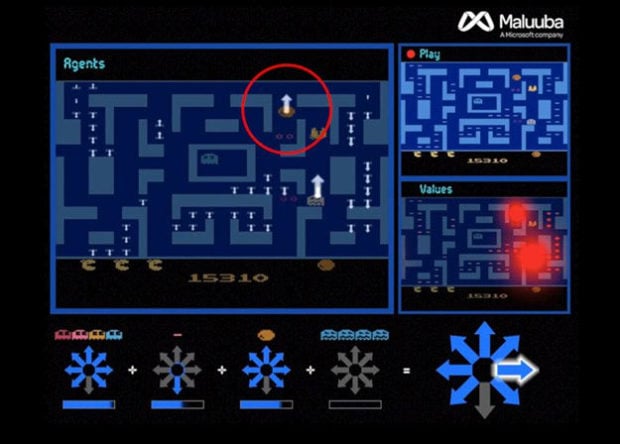 Ms. Pac-Man is much harder to play than original Pac-Man, and is apparently not as predictable as the original game, making paths to victory more complex. Watch the video for more details, this is one serious arcade gaming AI.