This Papercraft Penguin Assembles Itself When Dropped

The Penguin Bomb is a DIY origami sculpture that arrives as a flat package, but when you drop it on a hard surface, it turns itself into a fat little penguin. Hence the name. 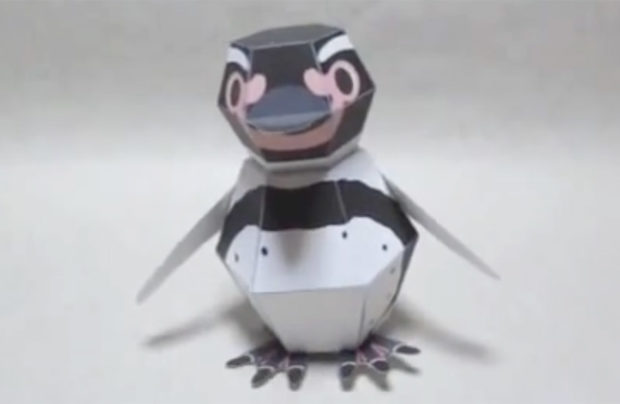 This cleverly-designed toy was created by paper artist Haruki Nakamura. Just drop it on a table, and it forms itself as it bounces up in an almost playful way, as if it is saying hello.

Sadly, this penguin is only available in Japan, but if you’re feeling skilled with an X-acto and construction paper, you might be able to approximate the design shown in the how-to video:

There’s also an awesome wooden model shown in the video below:

[via Rocketnews24 via Laughing Squid]