A pink T-Rex purse, that’s what more women need on their arms. Now they have a great choice in this Whimsies T-Rex Crossbody Purse from Kate Spade. It is pink obviously, because girls. 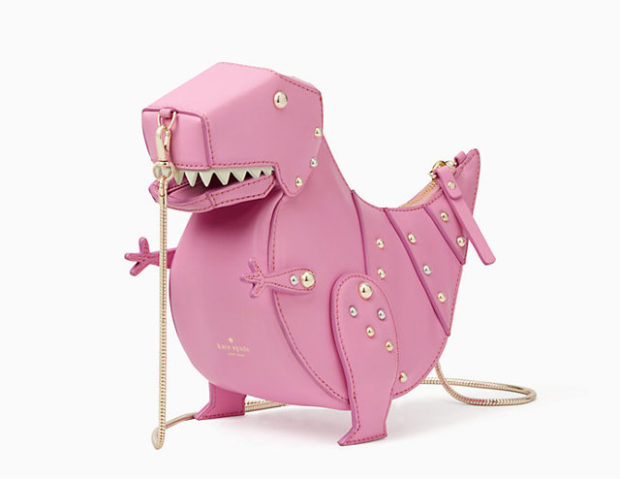 What we have here is basically a happy non-ferocious looking T-Rex that will hold all of your makeup and stuff. In fact, it is the happiest T-Rex I have ever seen. You won’t have to worry about him biting you or anything. You can even hug him, but he can’t hug you back, because T-Rex arms. 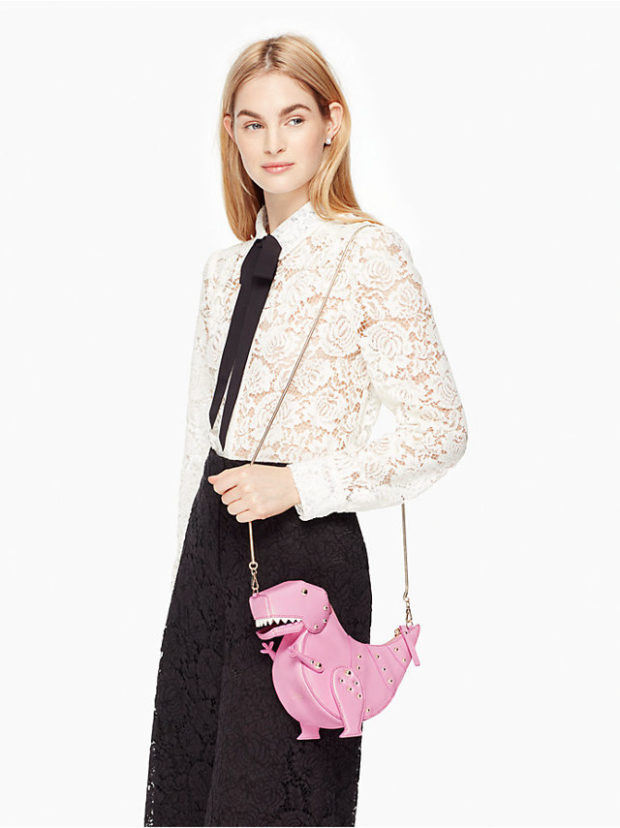 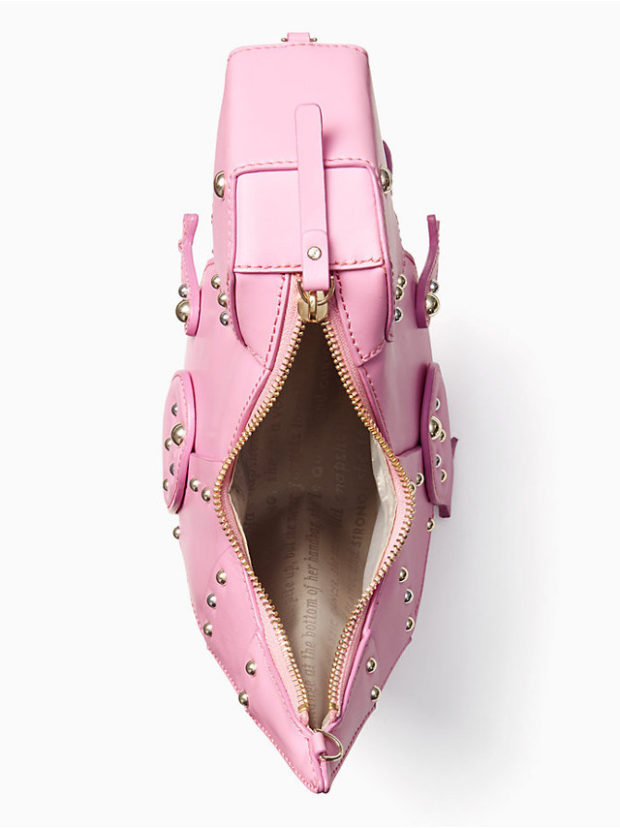 [via Fashionably Geek via Geekologie]