Lasers are always fun and this project is no exception. What you’re looking at is a hand-cranked device made from 3D printed parts, designed to project a pattern by quickly moving a laser. It was created by Los Angeles software developer Evan Stanford. 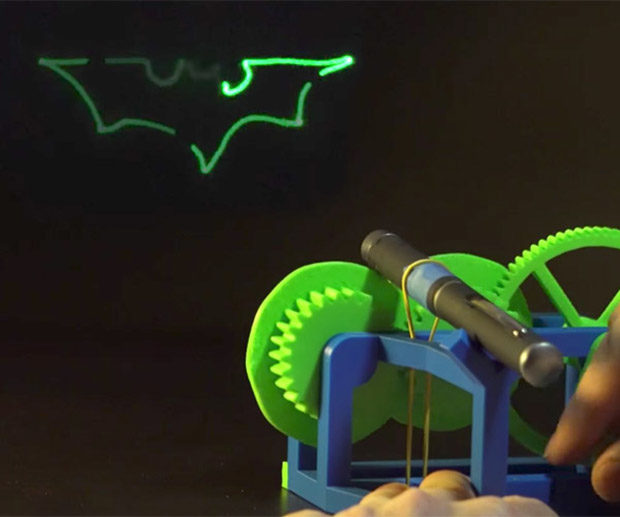 When the handle is cranked, a set of custom-cut cams move the laser slightly to create a light pattern on the wall. The faster it’s cranked, the more visible the image becomes, thanks to a persistence of vision illusion. It can even do the Batman symbol to call the Dark Knight.

If you want to make one, Evan shared his files for making the 3D printed model on Thingiverse. It looks like a pretty fun project if you have a 3D printer handy.

[via Laughing Squid via Boing Boing]