When the first Atari 2600 came out, I wasn’t even in grade school. We had arcades that people spent time in at the local mall or at the gas station, but you never really thought about having videogames at home. Then the home version of Pong came along and it was awesomely boring. Then we got the Atari Video Computer System (aka “2600”), which was the first real game console that many of us ever played at home.

I spent many, many an hour sitting around with friends playing Asteroids, Pac-Man, Pole Position, and Pitfall! The 2600 was the only game in town for a while, and all the cool kids had one. After the 2600, Atari didn’t have as much luck. Sure they had some success with personal computers, but their consoles couldn’t keep up with the likes of Nintendo, SEGA, and Sony. The last console it made was over 20 years ago, and most of you won’t even be able to remember its name. 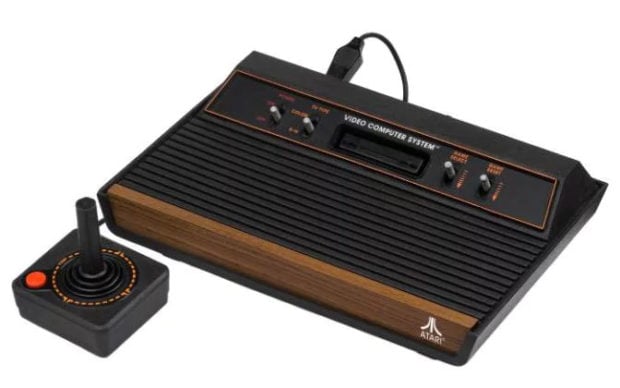 After going bankrupt a while back, and then reformed as a mobile game company, Atari has announced that it will be getting back into the game console business with some new hardware. A teaser video shows a console that brings back all those Atari 2600 memories for me complete with rippled plastic and fake wood trim.

We have no word on the launch date, time, or what the console will offer. I’m guessing it’s miniature version of the 2600 with a bunch of games on emulator software, perhaps something the lines of the NES Classic Edition that Nintendo released last year, then quickly discontinued.