OMG look at this LEGO diorama that turned up at Brickworld Indianapolis 2017. It’s an incredible scene inspired by Star Wars and features a massive battle set to take place complete with multiple flying ships, wheeled vehicles, hordes of robots, and lots and lots of stormtroopers. It’s build from a massive number of LEGO bricks, including about 2,000 minifigs. The battle is raging over a droid assembly plant that looks to be well defended. 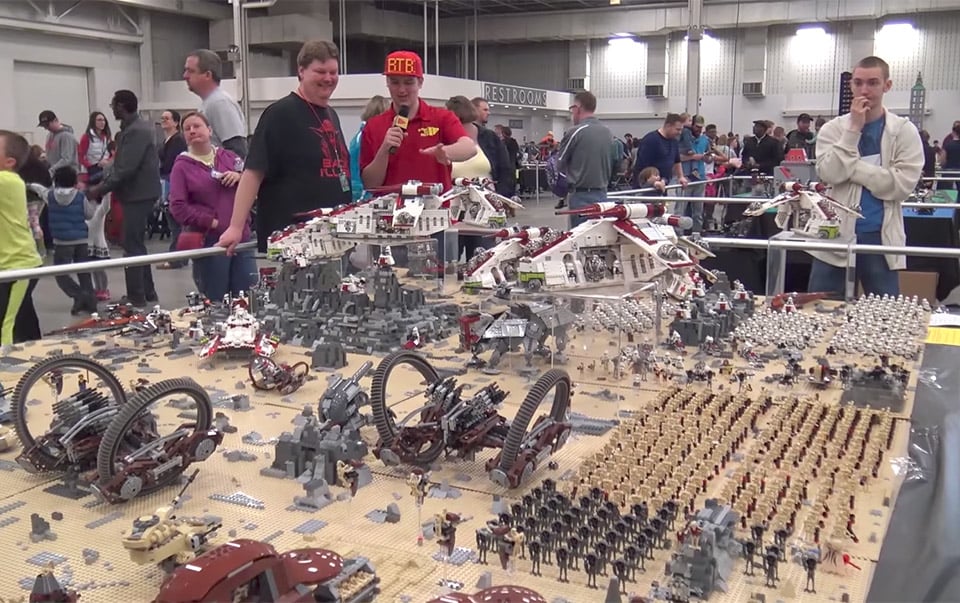 Built by Doug Davis and his pals, the diorama looks fantastic from afar when you are looking at the outside of the droid factory. Once you scoot around back and realize that the droid factory is actually lit and motorized on the inside, the diorama is even more amazing. Beyond the Brick captured the scene in all its glory in the video below:

Look at that droid assembly line go! Just the factory on its own would have been awesome, but coupling that with the massive amount of other elements, makes the diorama even more impressive.