While we await our own downfall in the inevitable robopocalypse, at least we can pit robots against each other and make them fight. More wine! If you like to watch robot battles, YouTuber Robert McGregor put together a great compilation video of Japanese sumo robot fights. 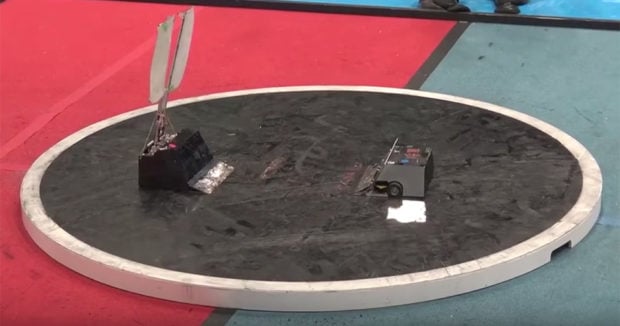 These bots have one simple objective: to push their opponents out of the ring. But unlike human sumo wrestling matches, there is no stomping around and grappling with each other; these lightning fast bots just want to dominate and destroy. It’s impressive how fast these little buggers move:

It’s kind of like watching some sort of giant insects battling it out.