Lucky Charms Milkshake Brings All the Leprechauns to the Yard

(For full effect, you should hop down and hit play on the video below and let it play as you read.) Check out this milkshake, it’s the foodstuffs of childhood daydreams. Those glorious bastards over at Burger King have made up quite a bit for atrocities like their awful hot dogs and BK nuggets with the addition of the new Lucky Charms milkshake. 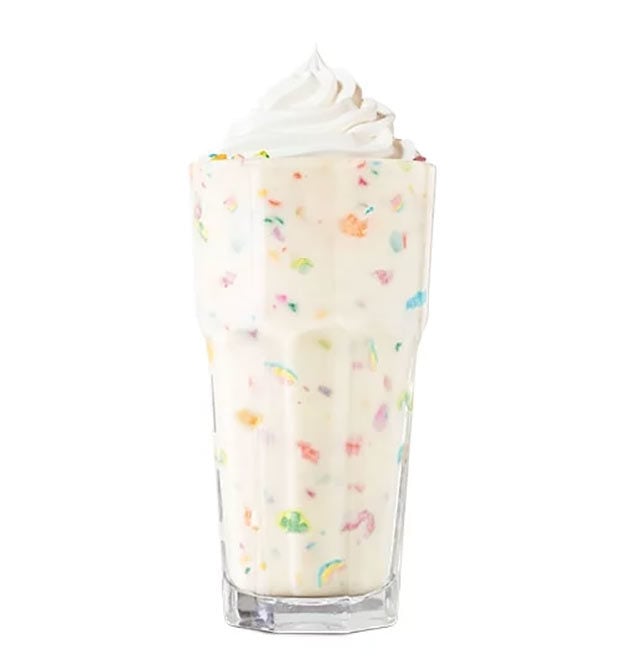 This thing has a vanilla base and is crammed full of those awesome Lucky Charms marshmallows. Apparently the shake also has some of the boring oat cereal bits in there as well, but Burger King had me at marshmallows. As an added bonus, it comes topped with whipped cream.

Those extra marshmallows in the picture above are apparently an addition by the SoCal Snack Hunters crew, but it should be sold like that from the get go. I want some Lucky Charms pretty badly right now.