My kids don’t like taking pictures, especially my son. They won’t stand close to each other and the only way I can get pictures of them together is to snap the pics with them unawares. Ol’ Jetty McJetface is the same way. That fuzzy little bastard has a sixth sense for when you are taking pictures and he will turn away from you right at the last minute.

For those out there who like to take pictures of your pets when they’re not running away from the camera, the Flexy Paw is just the ticket. 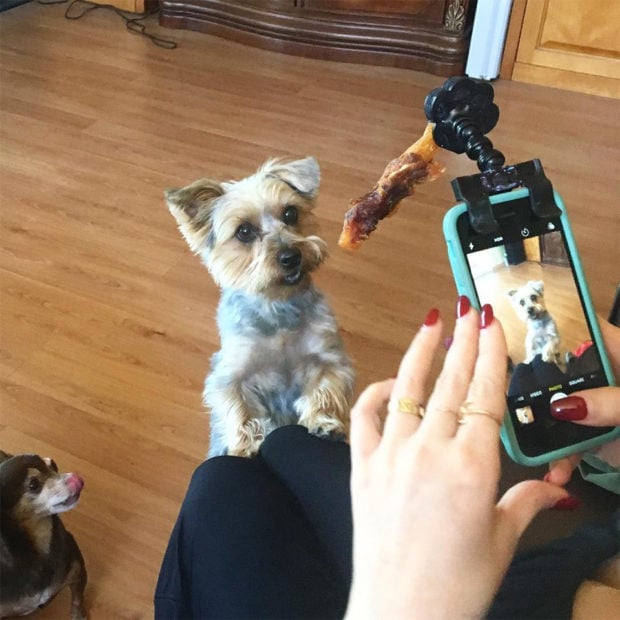 It’s a device that clamps onto the top of your smartphone and has a clip that holds a dog treat. The idea is to get your pooch to stare at the treat while you snap the pictures. I think this might work with teens too, only you would have to put a $20 bill in the clip rather than a Beggin Strip.

The Flexy Paw is raising production funds on Kickstarter now. A pledge of at least $16 will get you a Flexy Paw for your phone. A portion of profits from the project will go to support animal shelters, so you’ll be doing something for a good cause too.