Season your meals with the light side or the dark side with these cool grinders. These lightsaber salt and pepper grinders are the latest kitchen accessory in your already oversaturated Star Wars themed kitchen. 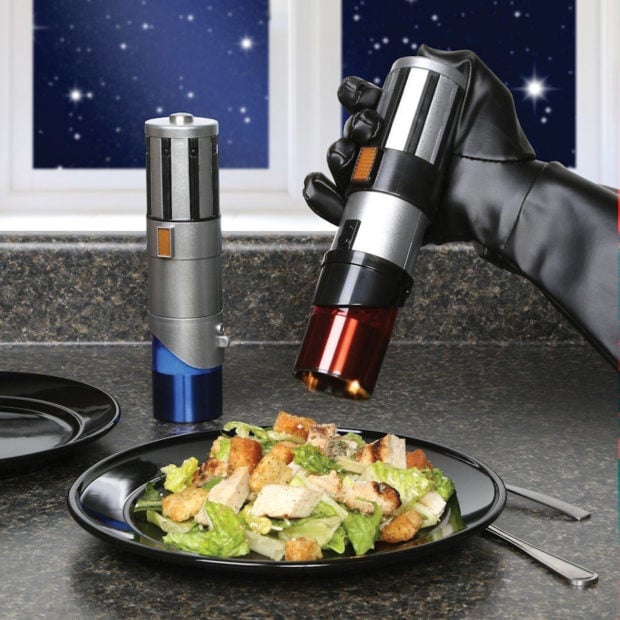 The blue is for salt and the red is for pepper, obviously. So instead of saying pass the salt, you would now say, “Your father wanted you to have this.” They aren’t long enough for dinner table lightsaber fights, but you can try to battle as you spill salt and pepper all over the place. 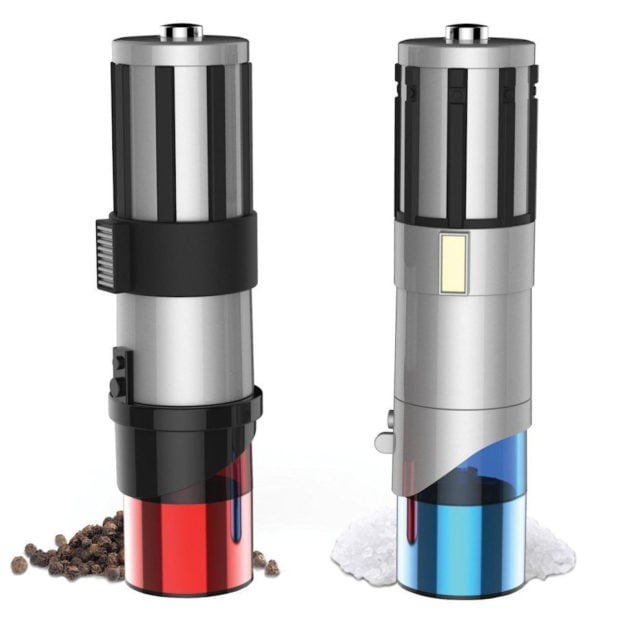 You can grab a set over on Amazon for $39.99(USD). Disney executives won’t sleep until the entire planet is covered in Star Wars related kitchen toys. 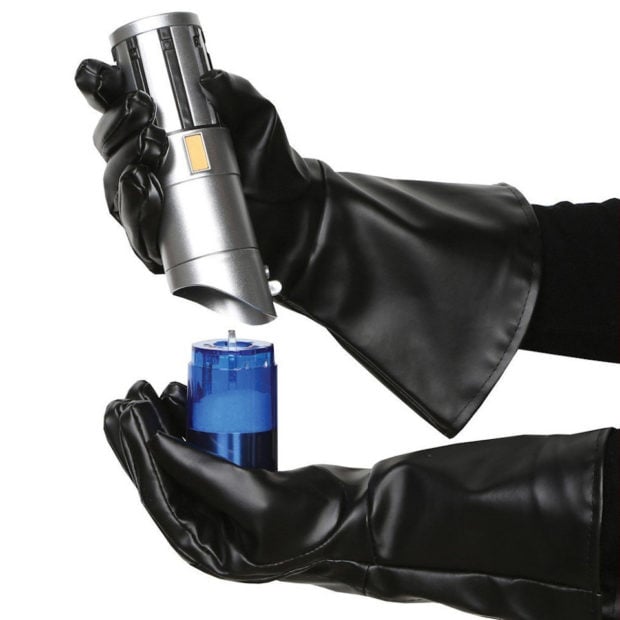 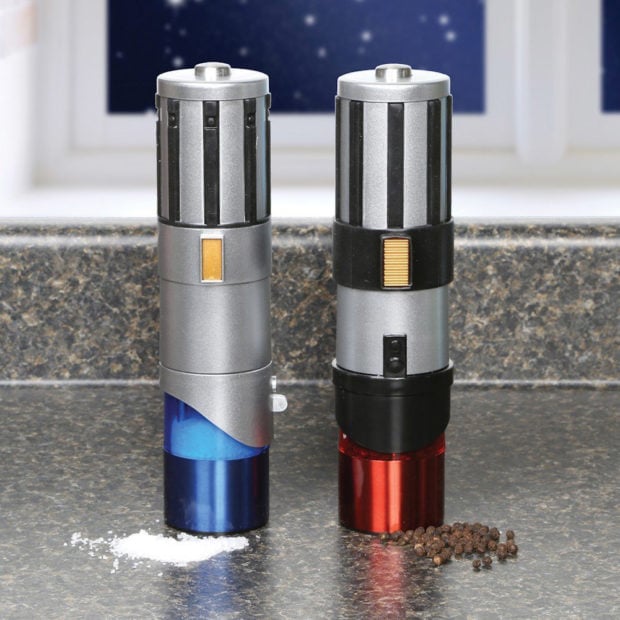