Ever Wonder How Big Bird Works?

I watched a lot of Sesame Street when I was really young. It was like the only thing that the babysitter would let us watch. I liked it ok, but honestly puppets like the ones on the show gave me the willies. I had a love-hate relationship with Big Bird. He was nice and taught me shit and all, but he was also creepy and looked like he might eat you instead of a worm. 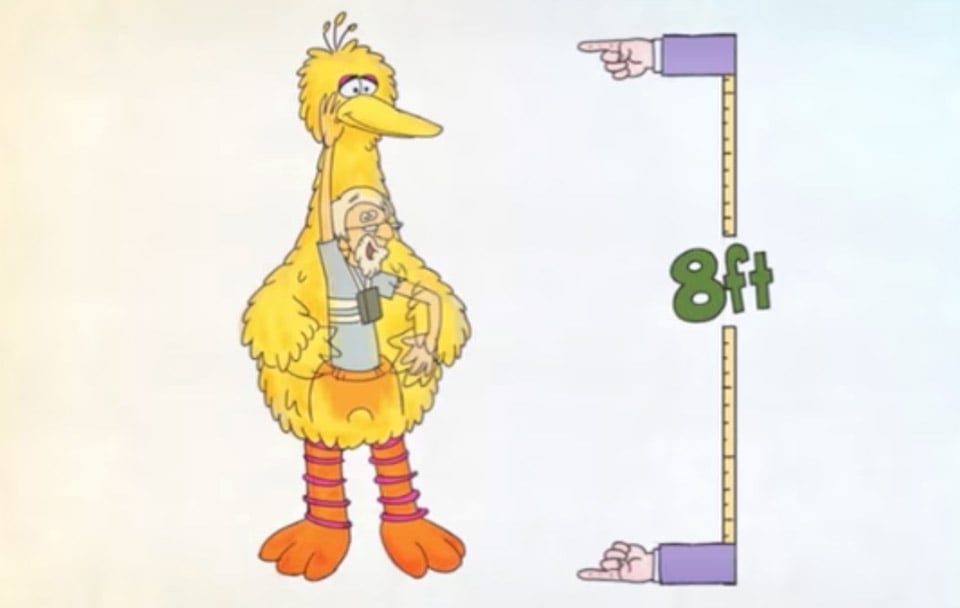 While the smaller puppets were easy to figure out, I always wondered how they made Big Bird work, and thanks to this video now we know. The video comes from the I Am Big Bird: The Caroll Spinney Story documentary. The video shows all the details on how puppeteer Caroll Spinney and the folks from Jim Henson’s team brought this giant yellow bird to life.

The part that is so weird is that the puppeteer had to walk around with his arm way up in the air using his hand to control the eyes and mouth. I never would have thought that was how they did it.