For the 4th of July, somebody’s uncle had the genius idea to fly a firework powered model plane in the middle of a crowded residential area. As you can imagine, the flight did not last long and ended with a cool explosion. 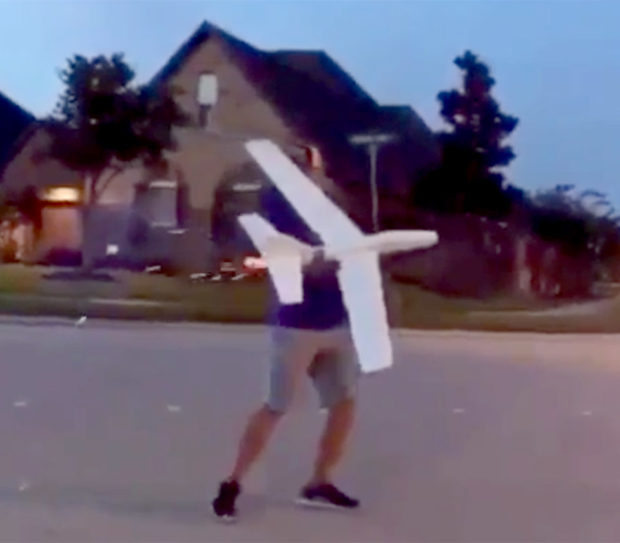 The plane flies for maybe a second before the guy realizes that this was a very bad idea. Then the plane appears to shoot a missile at that house in front of them, before it dives at the house and explodes awesomely.

Sadly, we don’t have any video of the neighbor running out of his house and beating this guy’s ass, which he deserves for the vertical video alone.