Builder Vincent Buso uploaded this short video demo of the Keymu. It is basically the Game Boy Advance SP shrunk down to an ultra-portable keychain size. It is awesome. If you have fingers small enough to use it. 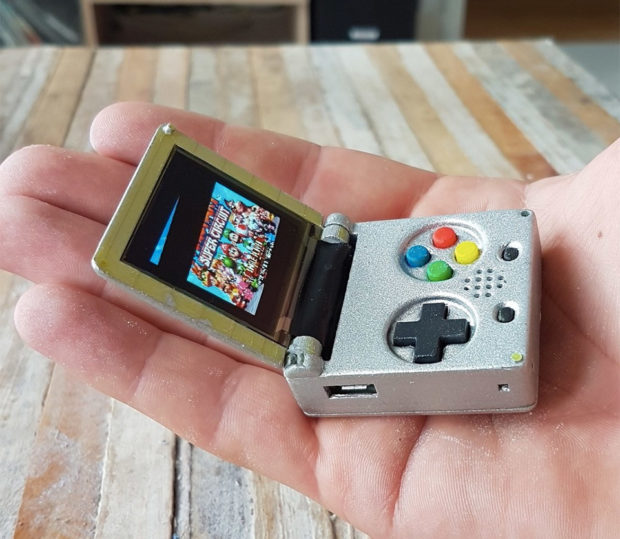 It has four buttons instead of two and it runs ROMs using an Intel Edison chip. The extra buttons mean you could play Sega Genesis and some Super Nintendo games if you wanted to, so it’s not limited to just playing Game Boy Advance games.

Want to build your own? Vincent is uploading detailed instructions on HackADay for anyone who wants to give it a go. Right now there is just an introduction, an image gallery, and one blog post, but more is coming.

Now how do I shrink my fat fingers to play this thing?

[via Boing Boing via Gizmodo]