Bake the Cupcake of Cthulhu

What do you do if you are a geek who happens to love Lovecraft, and you also happen to be craving some cupcakes? Well you make cupcakes, sprinkle them with souls, and the bake them up in these Cthulhu cupcake liners. Just be sure to use lots of sticky green frosting, and consider using some gummy worms as tentacles. 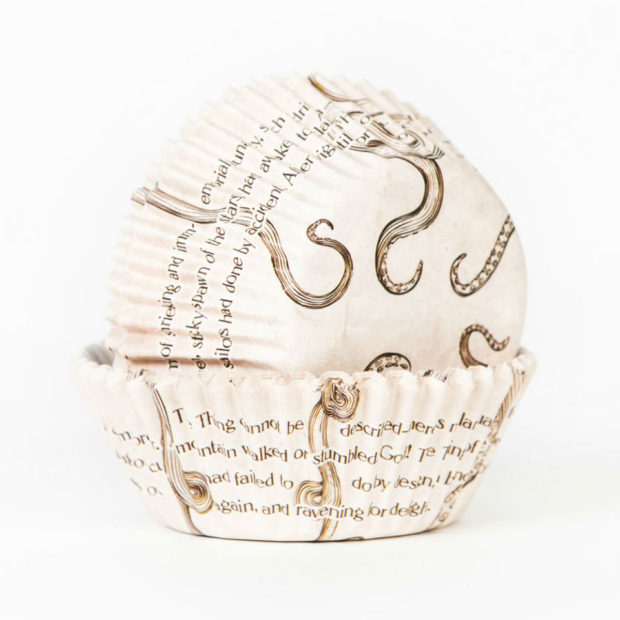 The liners look suitably old and menacing with tentacles all over them. The verbiage going all around the cupcake liners is an excerpt from the Lovecraft story. It reads: “The Thing cannot be described – there is no language for such abysms of shrieking and immemorial lunacy, such eldritch contradictions of all matter, force, and cosmic order. A mountain walked or stumbled. God! The Thing of the idols, the green, sticky spawn of the stars, had awaked to claim his own. The stars were right again, and what an age-old cult had failed to do by design, a band of innocent sailors had done by accident. After vigintillions of years great Cthulhu was loose again, and ravening for delight.” 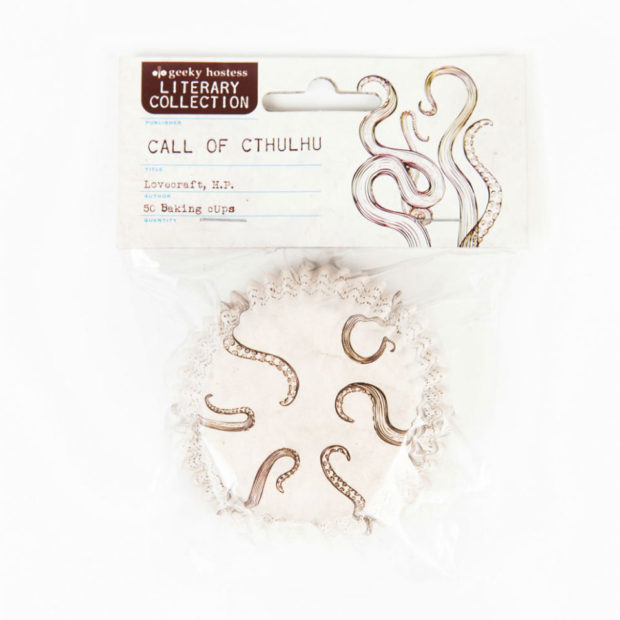 You get 50 cupcake liners for $4 (USD) from geeky hostess. That’s a cheap way to geek up and creep up your sweets and keep them from sticking to your pan.

[via Internet vs. Wallet]