Some glorious bastard over on Reddit has cobbled together what might be the funniest fake LEGO kit ever. It’s called “Dead Obi-Wan Kenobi,” and it’s basically a cloak and lightsaber lying on the ground. 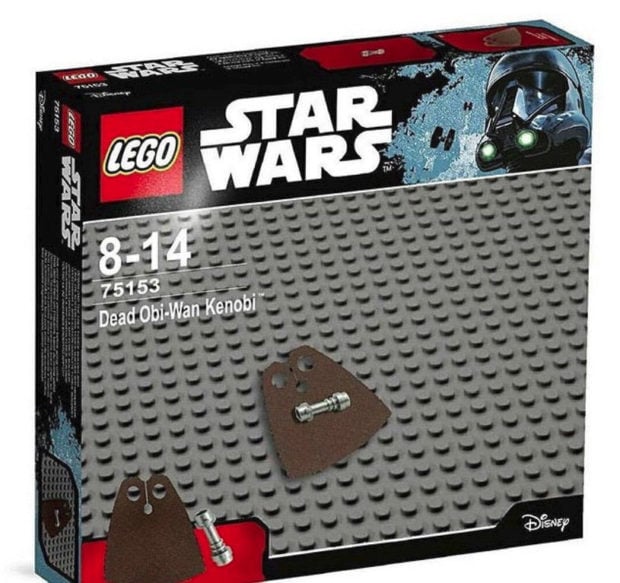 You know this Dead Obi-Wan kit would sell if LEGO actually made it, and it would be super cheap to make. The image was posted up by Redditor despot1. If you Google the 75153 LEGO kit number, it appears the Photoshop artistry was based on the AT-ST Walker box.

This thing would totally sell out if it were a Comic-Con exclusive.