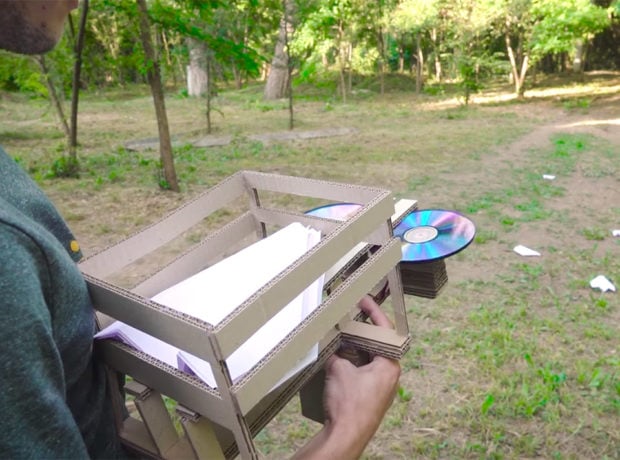 This cool build tutorial comes from the consistently inventive and resourceful The Q. It looks super fun to use and fairly easy to make if you have some basic skills. You will need some batteries, two electric motors, two old CDs or DVDs, and a bunch of cardboard. It is a great weekend project for you and your kids.

Now you and a friend can have some serious paper airplane wars. Just don’t shoot each other’s eyes out.