Game of Thrones Food Replicated on Binging with Babish

I have become a big fan of Game of Thrones, and I’m really looking forward to the return of the show this Sunday on HBO. I expect lots of boobies, violence, dragons, and white walkers to grace the handful of episodes we see this season. I also expect to see some odd foods on screen. 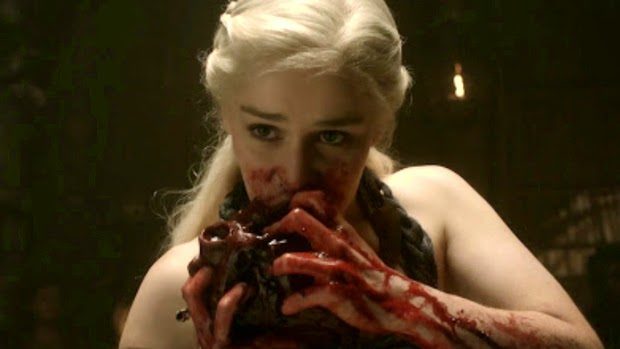 For those of you unfamiliar with the series Binging with Babish, it’s a cooking show in which host Andrew Rea recreates recipes from movies and TV shows. For the latest episode, Andrew shows how to make some dishes from Game of Thrones. He makes a pigeon pie, a Dothraki blood pie, and some lemon cakes.

I could do without the blood pie, but I’d totally eat the pigeon pie assuming it had normal meats inside. I’m not big for wild game. I’d certainly eat the lemon cakes like right now. Check out the video and make some of these for your Game of Thrones premiere watching party.