It figures that it would be a former NASA engineer who had a hand in building the world’s largest Super Soaker water gun. It is so giant that this Super Soaker managed to break a Guinness World Record for being the largest on Earth. At 7 feet long, you can’t even hold the thing. 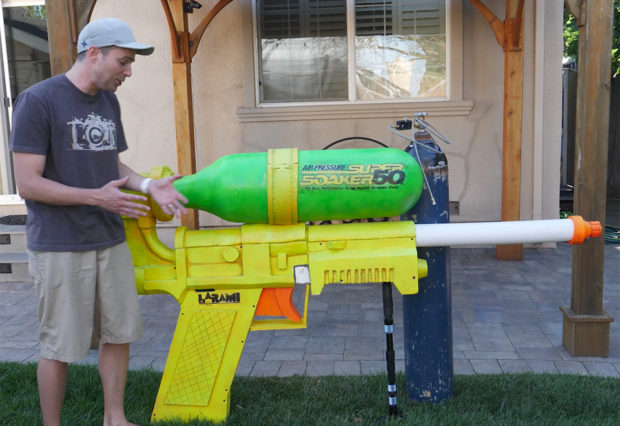 Engineer Mark Rober and his pal Bob Clagett over at I Like to Make Stuff collaborated on this huge water gun, that shoots at 2,400 psi and 243 mph. Watch it destroy a bunch of stuff in slow motion, which is always fun. Its stream shatters glass like it is nothing.

You’ll shoot your eye out kid! No really, you won’t have an eye anymore at all, so don’t point this thing at anyone’s face. Also, you’ll be soaked.

Driving a Giant Pickup Truck in the UK