The International Space Station Has an Adorable Camera Drone

Astronauts get all the cool robot toys, and the folks on board the International Space Station have a new robotic companion now. The Japan Aerospace Exploration Agency (JAXA) has released the first images shot by the “Int-Ball,” a spherical camera that floats around alongside the rest of the crew in their zero-gravity environment. 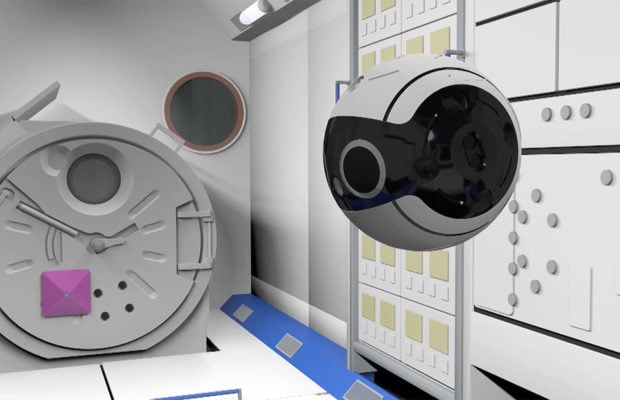 It looks cute enough to be in a Wall-E movie. The Int-Ball can move around autonomously or be controlled by operators on Earth. The images it takes are transferred in near real-time allowing JAXA staff to quickly evaluate any problems and offer possible solutions to ISS astronauts

That puts it to good use, but Int-Ball could also make astronauts more efficient. Crew members spend 10 percent of their working hours with a camera in their hand after all. So this little guy could give them more time to conduct experiments and carry out repairs. It sounds like it is going to be a very handy robot, and it’s just so adorable.