I’ve done all kinds of activities where I wanted to record video to save and look back on later. When I drove at the race track a lot, video was a must to watch how much laps improved over time. Most people opt to mount a GoPro on their vehicle, or on their person, but that can be a pain to do. SunnyCam has a cool wearable camera that’s built into the frame of a pair of sunglasses. 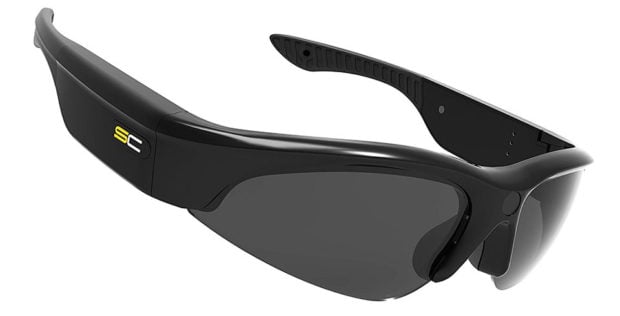 The review units I was sent are the SunnyCam Activ Edition, which includes a full HD 1080p camera stuffed into an impact resistant frame. The small, rechargeable battery inside the glasses promises to record for a full hour per charge, and in my use that estimate was about right.

The Activ Edition glasses come with normal tinted lenses making them look like sun glasses. They also ship with a pair of clear lenses for sports indoors or when you might not want tinted lenses, the lenses are impact resistant . The camera inside offers a 90-degree field of view, making the video look clear and natural with no fish-eye effect to ruin the fun. The glasses do not ship with a memory card, but will support cards up to 64GB in capacity. 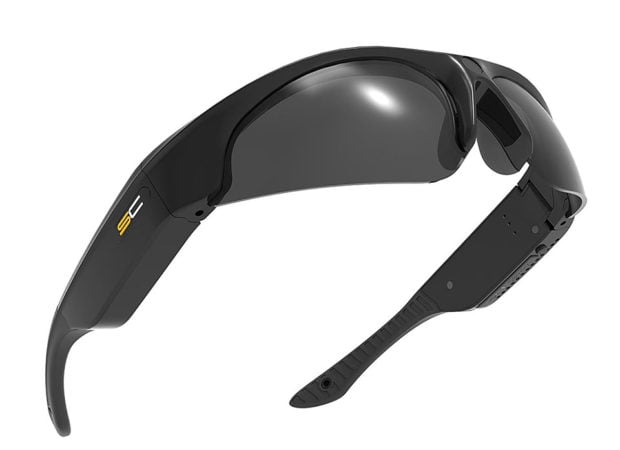 In use the glasses were dead simple to use and operate. The controls are built into the left arm near the cover for the memory card slot. There’s just a single button that you press to start recording and press to stop. Vibration feedback lets you know that your input was accepted so you don’t go all day thinking you are recording only to get home and have no video.

Video is recorded at 30 fps in MP4 format with stereo audio. I used a card reader for my video transfers with a microSD to SD adapter. The videos played back on my Windows 10 PC with no conversion needed and looked fantastic. Audio quality is pretty good, but it can be hard to hear what is being said to you from a distance. Here’s a sample of footage that was captured and then uploaded to YouTube – so there might be a little degradation from the transcoding process:

While image quality is quite good, I’d love to see optical image stabilization to remove the shake and shudder from walking and moving around. The fast motion of video being recorded from your point of view when you turn your head could be enough to give some motion sickness, so be warned. Wind noise was also an issue in my testing. While mountain biking you can hear more wind noise on the audio than anything else. 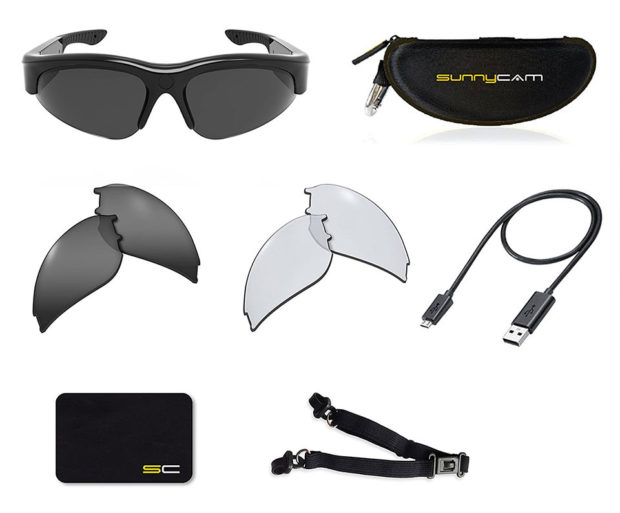 The glasses come with a carry case, tinted lenses, clear lenses, micro USB cable for charging and transfer, and a strap to hold the glasses and keep them from falling, and are available from Amazon for $159.99(USD) with free shipping.