Oh the Japanese, they love weird foodstuffs. The latest weird thing McDonald’s fans are up to in Japan is something called the Hamburger Straw. For some reason people buy those cheap McD’s burgers and them cram a straw through them. 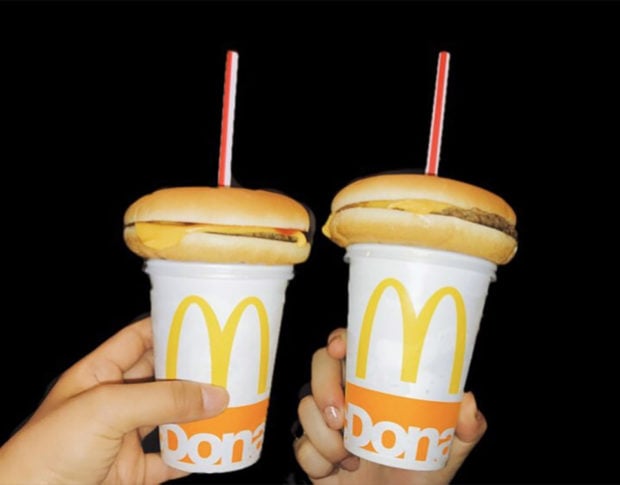 It’s comforting to know that even in Japan, the burgers McDonald’s sells are kind of smooshed and gross looking. This reminds me more than a little of that episode of Spongebob Squarepants where he makes a toy from a Krabby Patty and straws, leading to a fight with Patrick.

This is a weird meme. I don’t get the draw. Seems like your drink straw would get filled with burger and that sounds really gross. Especially the people who stabbed the Big Mac. I don’t want special sauce in my straw.