I don’t expect to see the new Stephen King IT movie any time soon, because I don’t go watch scary movies at the theater. It’s not that I am afraid of the movie, I’m just afraid my wife will scream and dump an entire ocean of soda on the person next to us like she did when we saw House on Haunted Hill back in the ’90s. 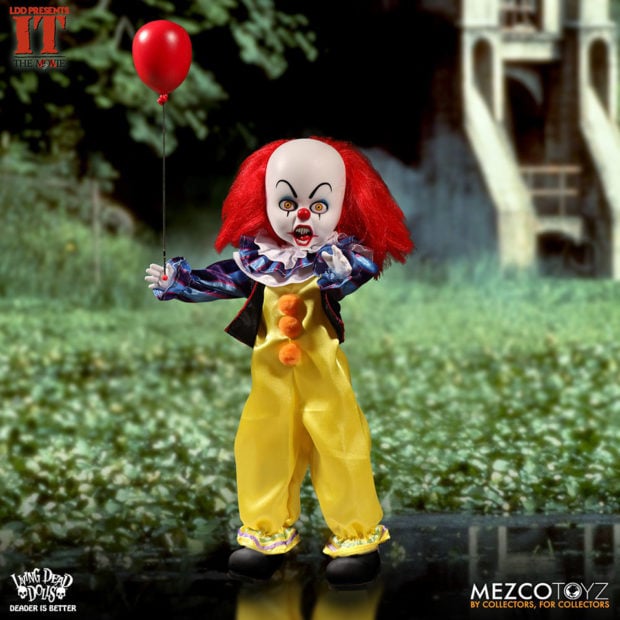 I did watch the IT miniseries back in the day and it was scary. If you like that classic Pennywise, you will want this Mezco Living Dead Doll based on the ’90s version of the creepy clown. The figure measures 10″ tall, has five points of articulation, and of course, it includes a red balloon. 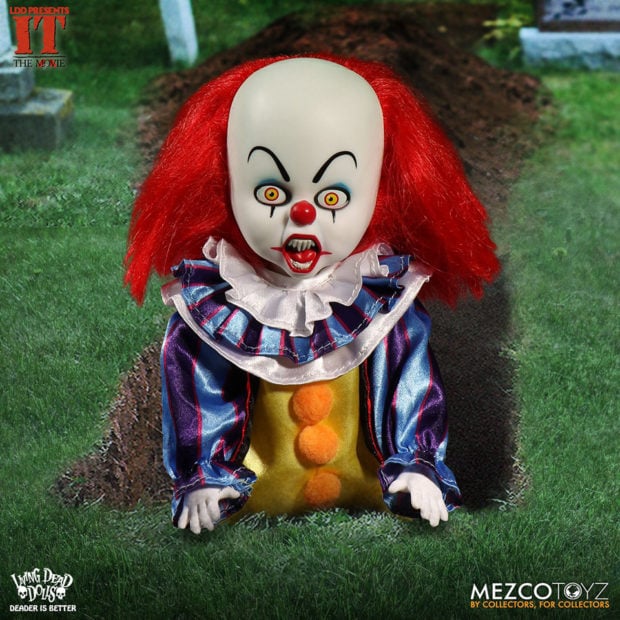 The Pennywise Doll is available for pre-order for $39.99(USD) at Entertainment Earth, and ships starting this December. If you buy it, you’ll float too… or at least your wallet will be lighter. 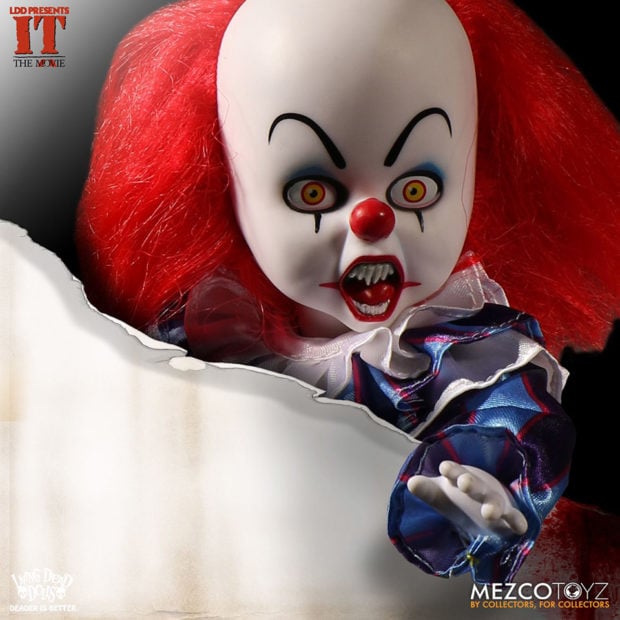