Open Your Bottles with a Beetle

I don’t know what it is about horned beetles, but I find them quite creepy. I think it must have been that scene from The Mummy where one crawled under the guy’s skin, or when thousands come crawling out of the ground in The Mummy Returns. Yep, that must be it. But if you’re not creeped out by these creatures, then you might be interested in this bottle opener. 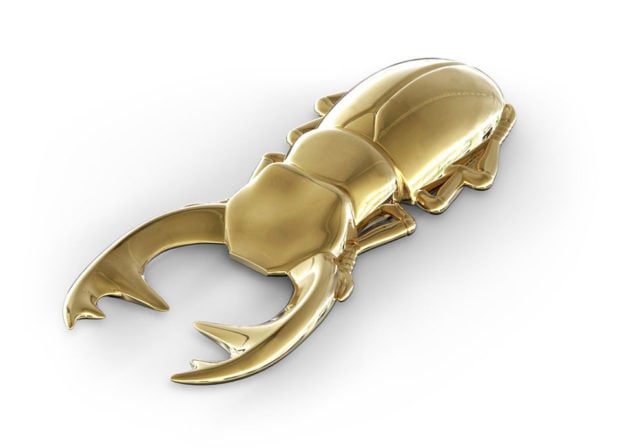 Made by Fred, the Bottle Beetle looks just like an horned stag beetle, but in this case, it’s made of gold-tone zinc alloy, and capable of popping open a cold brew with its mighty horns. 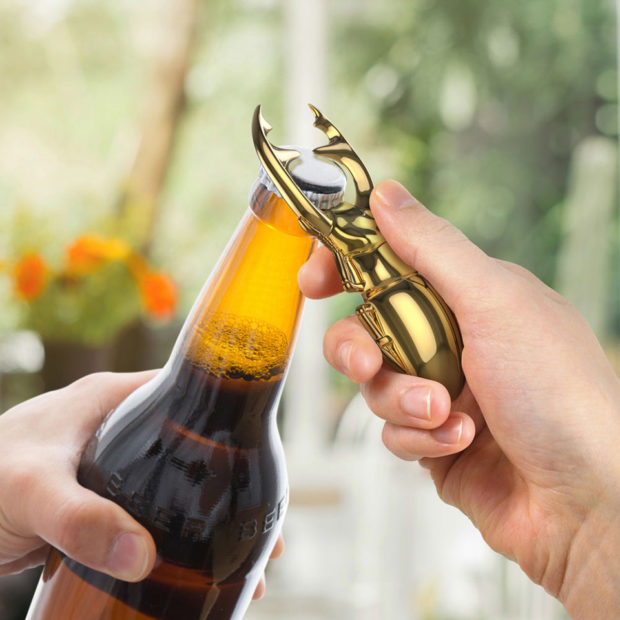 You can grab a Bottle Beetle over on Amazon for just $13(USD). Let’s just hope it doesn’t decide to crawl under your skin.