Somewhere in my basement, I have a box of old cassette tapes. Most of them aren’t store-bought ones, but custom made mixtapes that I created for myself, back in the days long before CD players, MP3s, and streaming media. Unlike the massive vinyl resurgence due to their warm sound, cassette tapes haven’t had much of a life in the last 25 years or so. That said, there’s a small, but growing retro cassette movement, and now we have a sweet looking tape player that might be enough to really kick it into high gear. 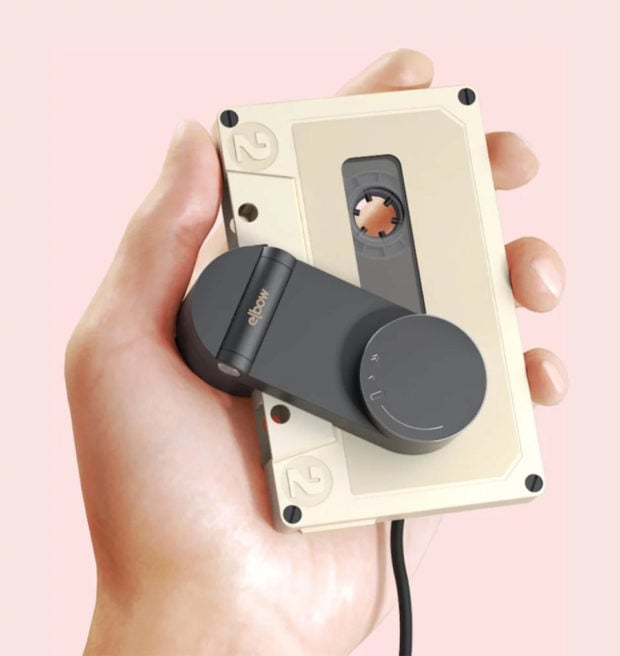 The Elbow player is designed to provide everything needed to play cassette tapes, but in a super compact form factor. Basically, it’s been stripped down to the bare essentials – a motor drive mechanism, a playback head, circuitry, and a simple, intuitive control wheel. 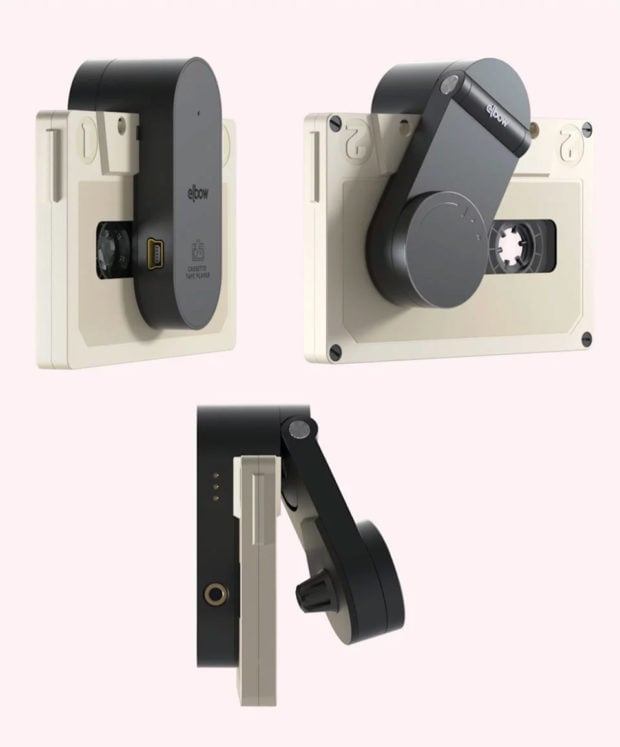 The player is designed to clip on to the outside of a cassette tape, and then rotate into position to drive the mechanism either forward or backward. Done playing Side One? Simply flip over the tape (or the Elbow), and it starts playing the other side. It’s designed to use a single pulley to drive the tape, along with an optical sensor to ensure the tape is moving at a constant speed. The Elbow is designed to output audio via either an analog 3.5mm audio jack, or via a mini-USB port to a computer and for charging.

It’s a really slick design, though at this point it appears to be only in the concept phase, without an actual engineering prototype. If you’d like to see the Elbow go into production, drop by their website, and show your support. This seems to me just to sort of thing that crowdfunding was designed for, and could be a huge hit if they can pull off the mechanical engineering to make it work right. 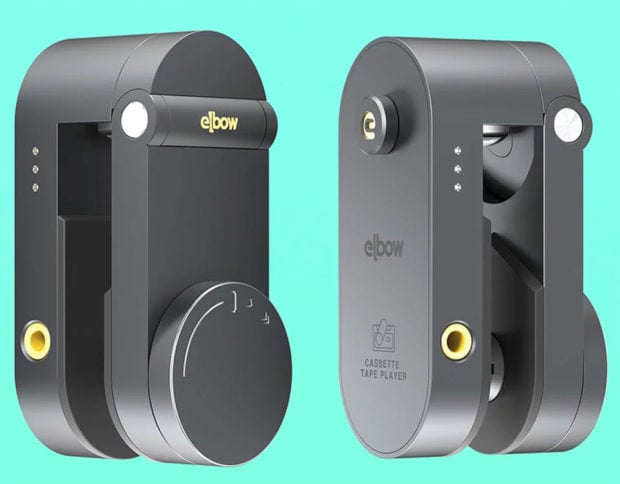