Japan is home to some wonderful creations. One of the more popular franchises of the past decade has to be Hatsune Miku, a fully digital J-Pop musician, whose vocals are created synthetically. The vocaloid singer’s voice has been featured in over 100,000 songs, has sold out digital concerts around the world, and even has her own GT series race car. In other words, she’s more popular than most human singers.

One of the things that Hatsune Miku plays in her virtual concerts is a Keytar, one of those musical instruments that I always wanted to own, but never have. For now, maybe I’ll settle for this Keytar sling bag, done up to look like the one Hatsune Miku sometimes plays. 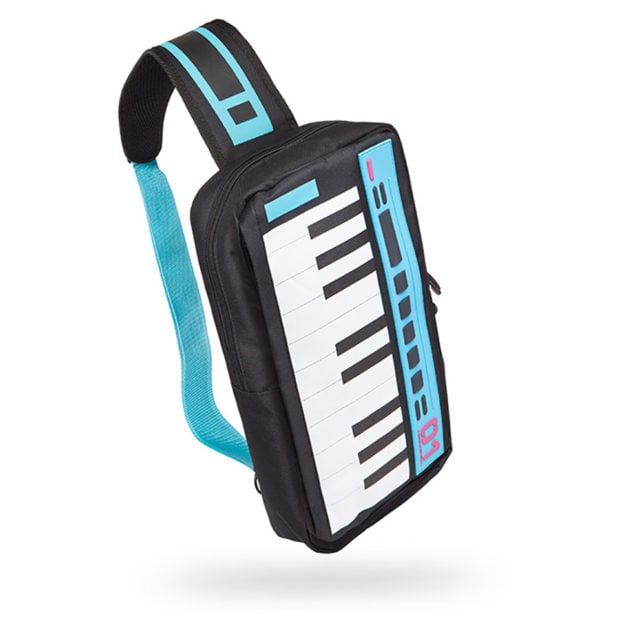 Whether you’re into J-Pop or ’80s synth pop, you can’t go wrong with a bag that looks like a keytar. The bag has enough space inside for a tablet, notebooks, and some other small accessories, and features colorful zipper pulls that look like musical notes. It’s made from polyester, and that control panel has dimensional control “buttons” made from silicone. 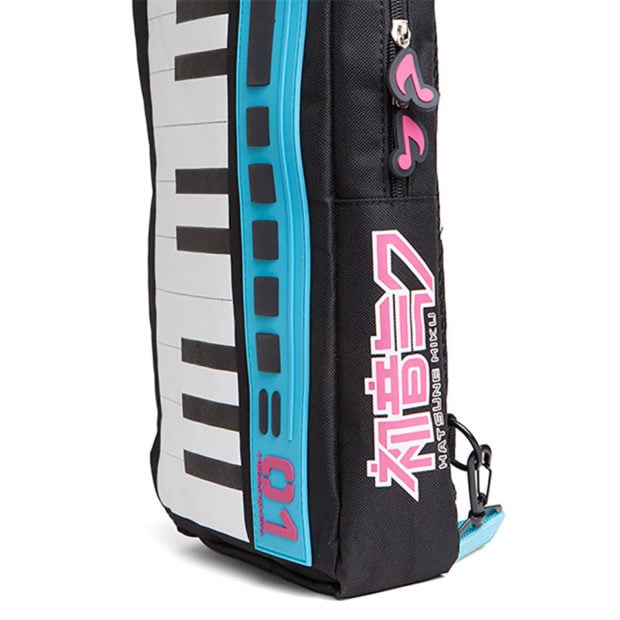 You can grab one now exclusively from ThinkGeek for $29.99(USD). It’s too bad the keyboard doesn’t actually play music – I’m sure that would be a massive seller. 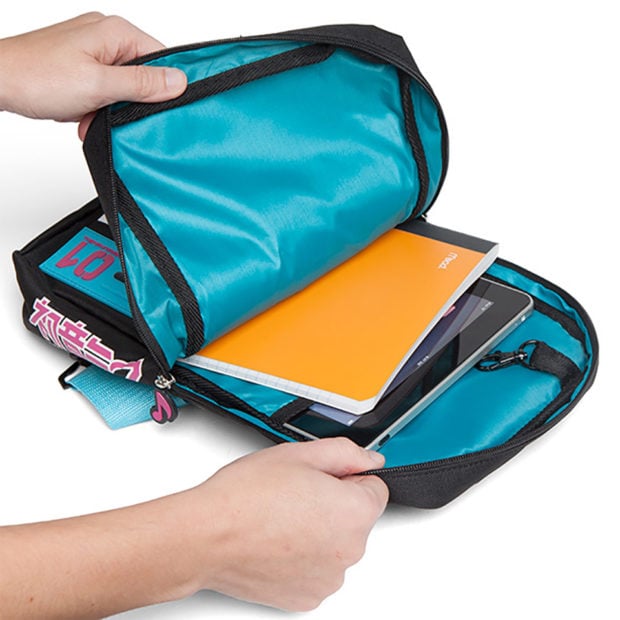