The GOGO lantern is a new portable lamp that’s currently being funded over on Kickstarter. The product is just what it sounds like, a lantern that you can use on the go or at home. The GOGO has some cool features, with the big one being a solar panel on top to charge the lantern when you are out in the field. That is a huge deal for campers and hikers, so they don’t have to worry about a power source for recharging. 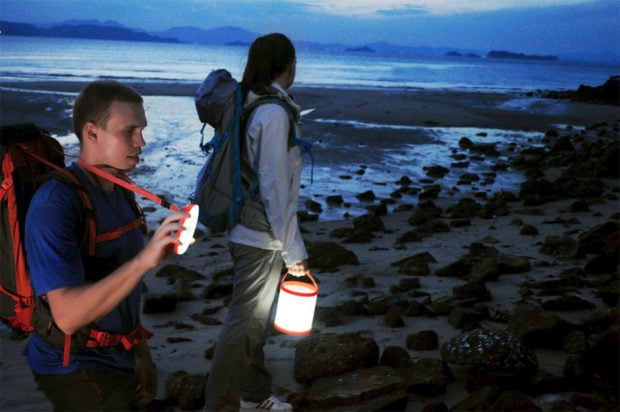 The solar panel means you can recharge the GOGO Lantern during the day and then have light at night. The lantern promises to charge fully with 6-8 hours of time in direct sunlight. You can then run the LED lamp for up to eight hours per charge. That means you can fully discharge it at night, and then leave it in the sun and the next night it is ready to go again. 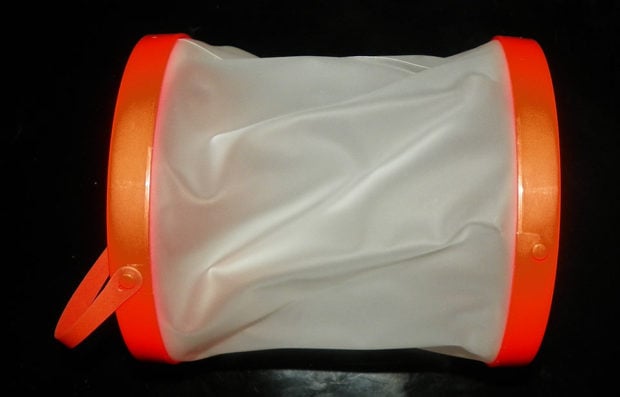 If you are near an outlet and want to charge it faster, you can remove the LED light portion of the lantern from its container and connect it to a USB adapter on your wall. The GOGO Lantern has eight LEDs and you can control the brightness between settings of 120 lumens, 60 lumens, or a flashing SOS light. 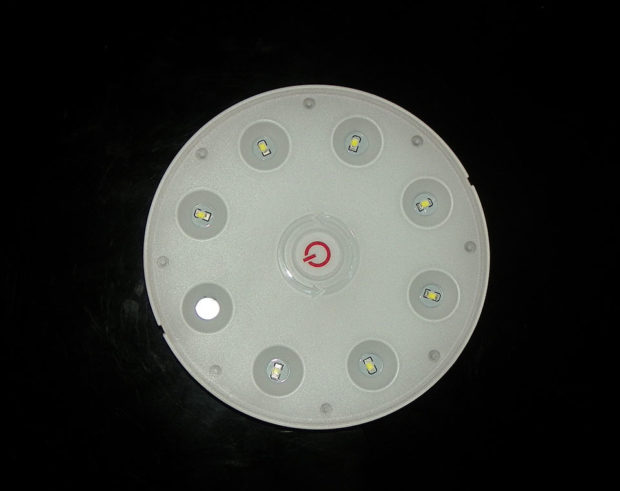 The base lantern where the LEDs are located has magnets in it so the light will stick to metal surfaces. The light will turn on automatically after being on the surface for five seconds. I found that magnet was great for working in places where you need both hands available, like under a car hood. The light is waterproof with IP67 rating so it will survive water crossings, rain, and spills.

I liked the dispersed light that the GOGO Lantern produced with the opaque lantern bucket my test unit included. You can get the lantern in a clear bucket style or custom printed design too. The opaque lantern bag created a nice soft area light without glare. The lantern collapses easily making it less than 2-inches thick when folded down. It is easy to carry in a backpack or bag without adding much weight. A lanyard hole does allow you to wear the GOGO Lantern around your neck too. 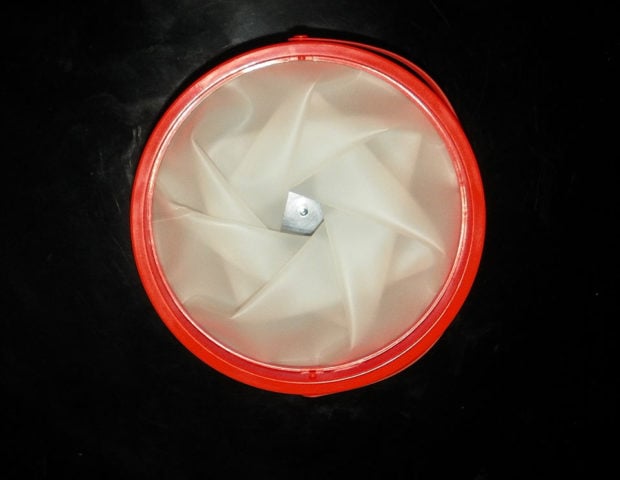 The soft-sided bucket section can be separated from the lamp, and is waterproof so you can use it for holding or transporting water from a river to camp or whatever other uses you might want a bucket for.