While most levitation is achieved with magnets, it’s also possible to suspend small objects in air using sound waves. Thanks to engineer Asier Marzo, you can even create your own acoustic levitator, which can float lightweight objects like water droplets, styrofoam beads, and even insects. 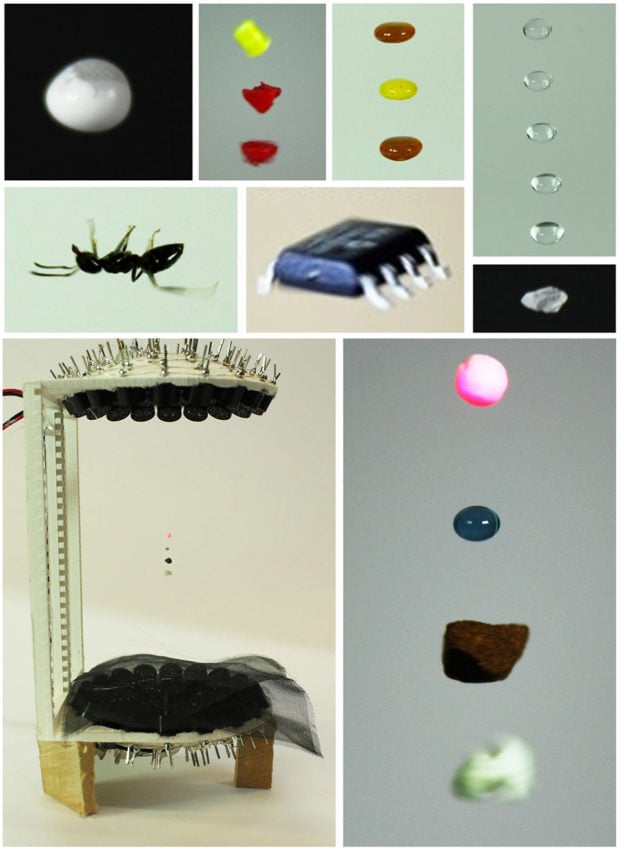 The system uses a 3D printed rig that holds two opposing grids filled with 36 tiny ultrasonic transducers each. An Arduino Nano, a power supply, and a motor drive board control the transducers, which basically push and pull on small objects you place in their path, holding them in mid-air. Levitation is achieved by pushing air out of both top and bottom transducers, which apply an equivalent amount of pressure from above and below the objects.

Asier describes the highlights of the build in the video below:

Neat, eh? Now if you’re ready to build your own acoustic levitator, check out the full build log over on Instructables. There’s a great article on the physics behind acoustic levitation over on How Stuff Works too.