Out of all of the stages of xenomorph development, I think the facehugger is the nastiest. This disgusting creature not only has eight creepy, crawly, boney legs, but a snake-like tail, and a gross mouth that’s ready to stick its tongue down your throat and implant its egg into your belly. EEESH. If after all of that, you still really like the idea of having a facehugger in your house, you might want to check this out. 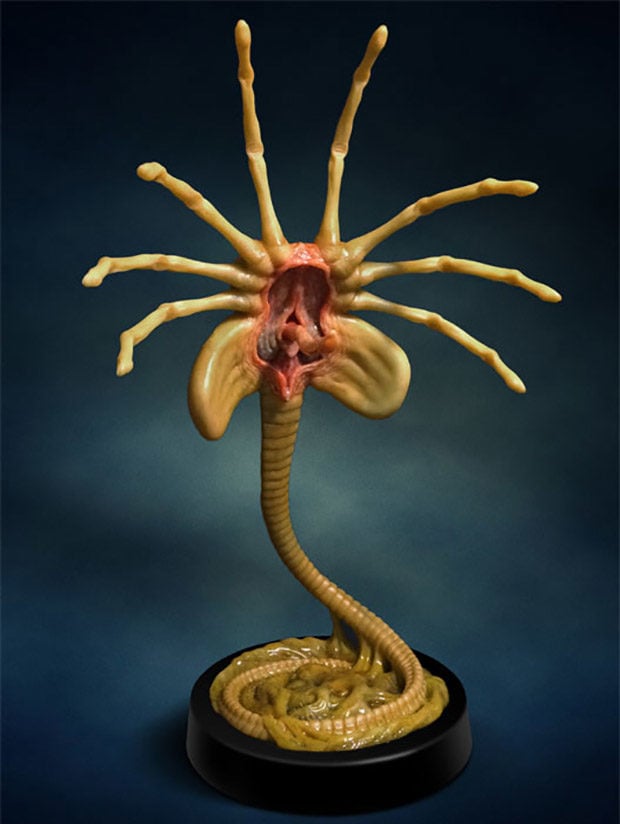 This impressive replica looks just like the facehugger prop they used in James Cameron’s Aliens. This gross looking monstrosity stands 28-inches tall as it coils up its goo-covered tail and gets ready to lunge at your head. It’s a “museum-quality” replica, though I’m not sure what museum would want this in its collection. 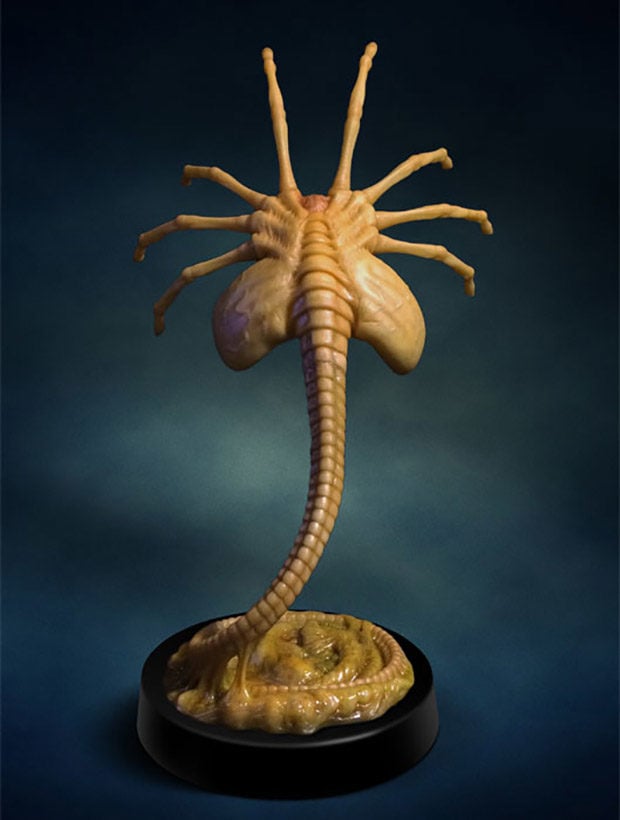 Hollywood Collectibles Group is making just 500 of these, but priced at $699.99(USD) each, I’d expect they might take a little time to sell out. That said, there are surely some die-hard Alien fans who will jump at the chance to add one to their collection. Me, I’m sticking to plush facehuggers. 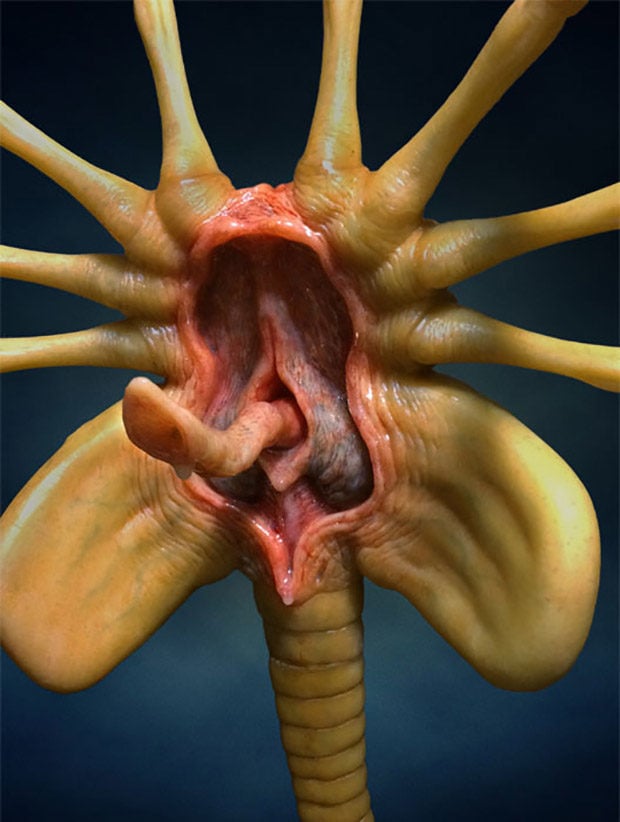