There are thousands upon thousands of Avengers collectibles on the market, but here are some that I had no idea existed. What you’re looking at are the officially-licensed Avengers pocket watches. The series includes eight different watches, made to celebrate some of the members of Marvel’s popular superhero team. 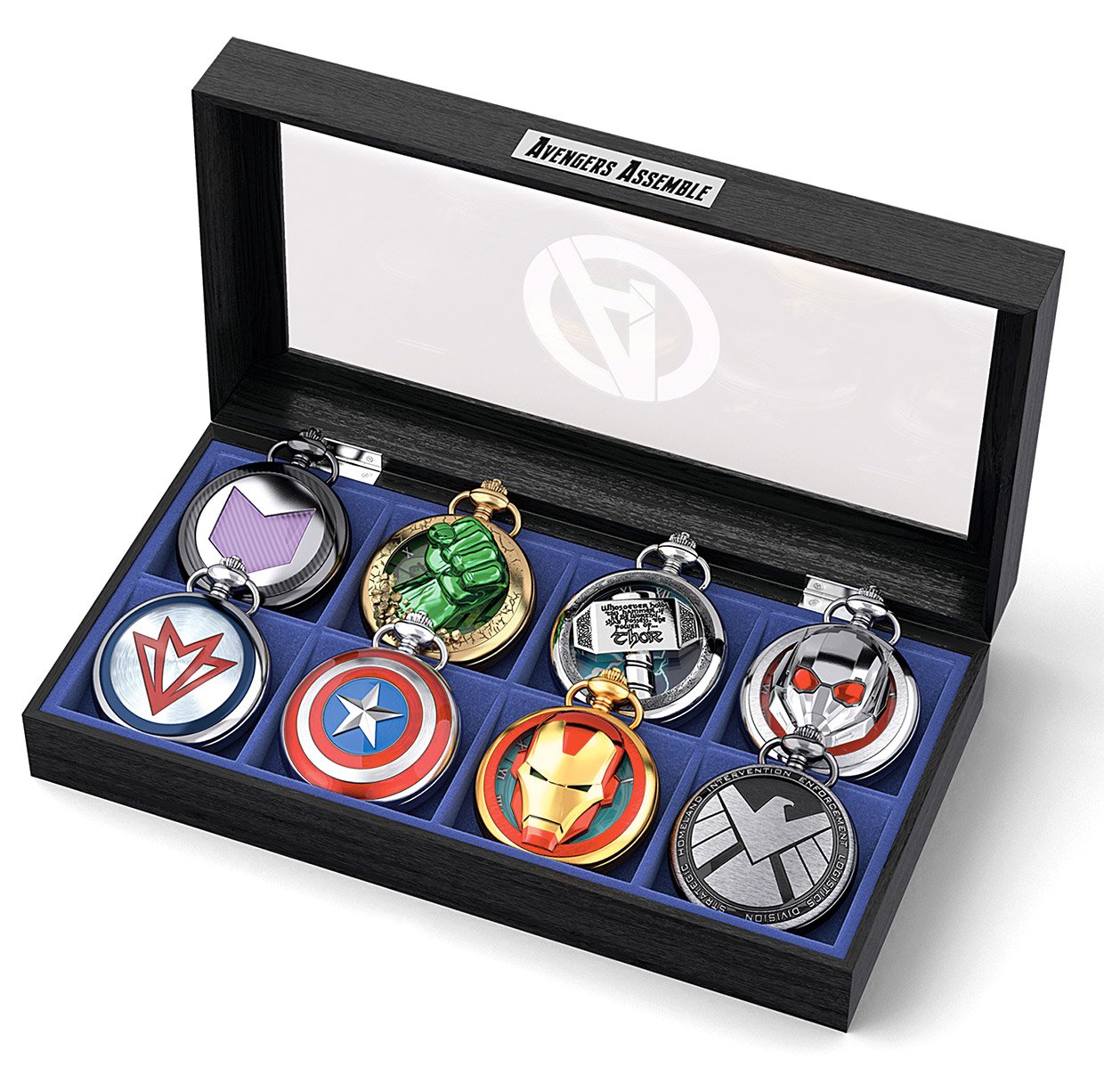 Bradford Exchange will offer up pocket watches with logo graphics for Iron Man, Captain America, Hulk, Thor, Ant-Man, Falcon, and Hawkeye. In addition, there’s a S.H.I.E.L.D. watch, and a handsome glass-covered wooden display case. It’s not clear what the watches are made from, but they have a cool 3D embossed look and a metallic finish. 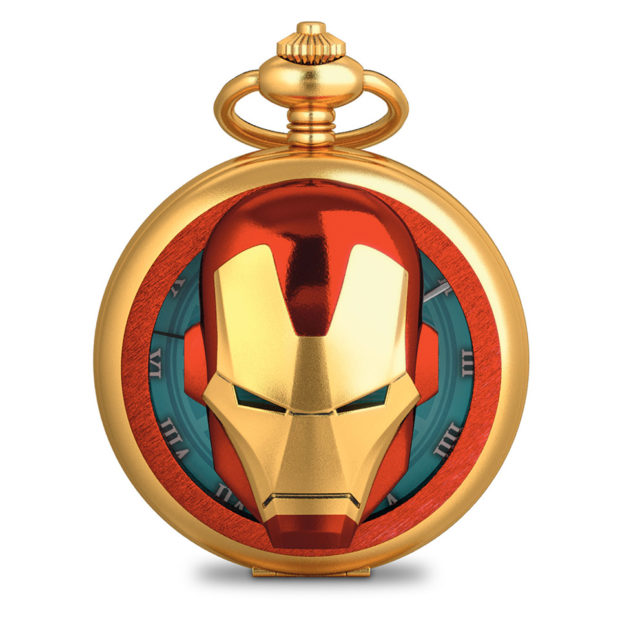 My personal favorite is the Captain America design, since it looks just like his shield. I don’t know if it would stop a bullet, but pocket watches have been known to do that. The series will be released every month or so, at a price of $49.99(USD) for each watch, and the same price for the display case, bringing the total cost for the collection to just under $450. 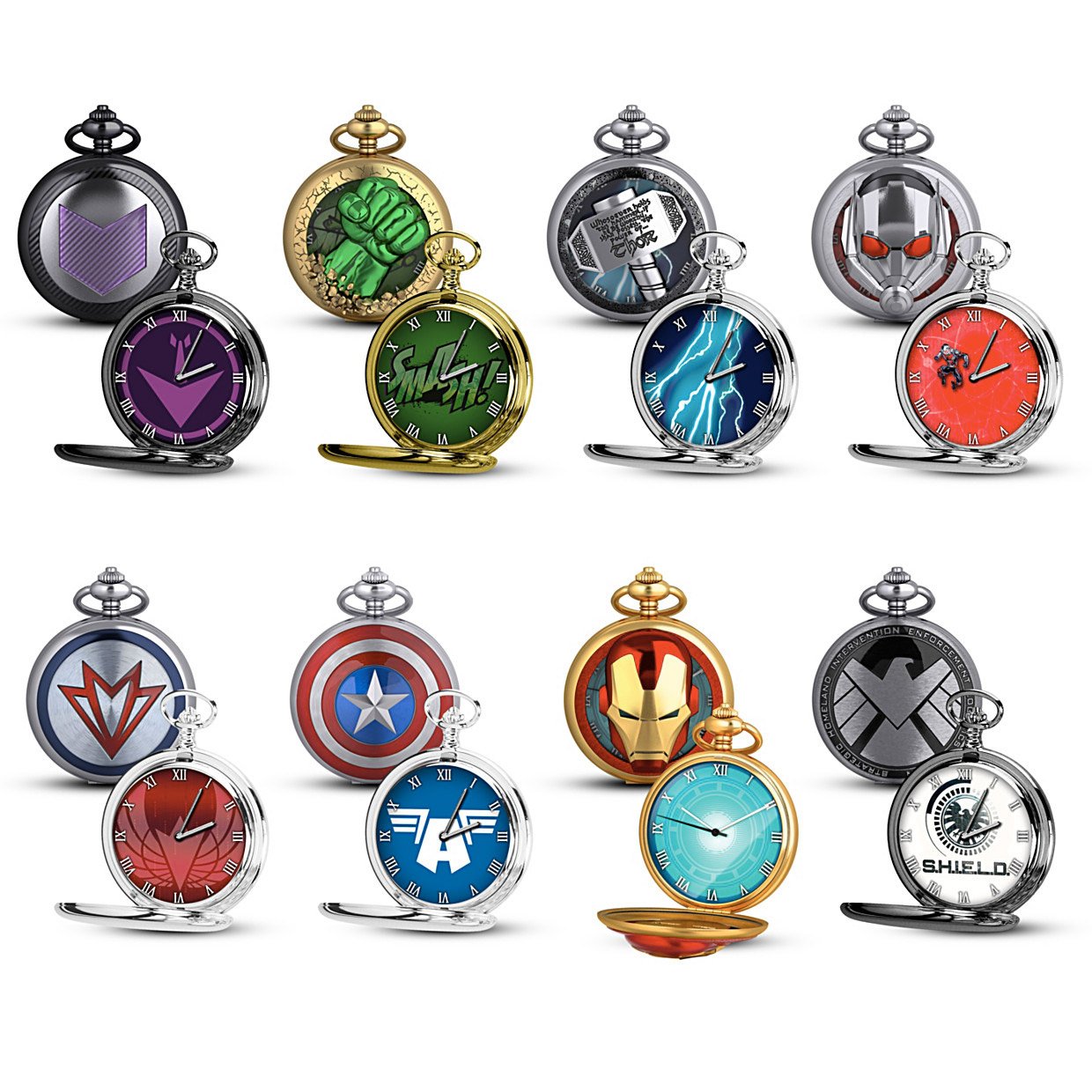