The Floppotron Plays “Eye of the Tiger”

Survivor’s Eye of the Tiger will always be associated with Rocky III. After all, it was the theme song for 1982 boxing flick, in which Sly throws down with Mr. T. Given its era, it only make sense that the track would sound pretty darned good played on old computer equipment. 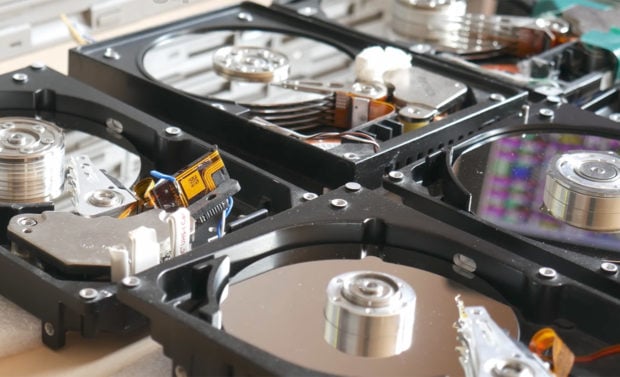 Paweł Zadrożniak’s computerized band is known as The Floppotron, and it’s known for playing many hits, using its array of old floppy drives, hard drives, scanners, and other bits of vintage electronic gear. The scanners make for an especially effective lead vocal and guitar track, while the floppies provide harmonies, and the hard drives thrash around as the rhythm section. Check it out:

Be sure to check out Paweł’s YouTube channel for lots of other Floppotron covers. My personal favorites are Europe’s The Final Countdown and Gorillaz’ Feel Good, Inc.