I recently had the opportunity to test out Retro-Bit’s RES+ console, which lets you play classic 8-bit Nintendo games over an HDMI connection, resulting in image quality heretofore unseen from these classic games. If you’re looking for something a bit more versatile, you might want to check out this system out of Japan, which lets you go handheld, while also offering an HDMI output when you’re at home. 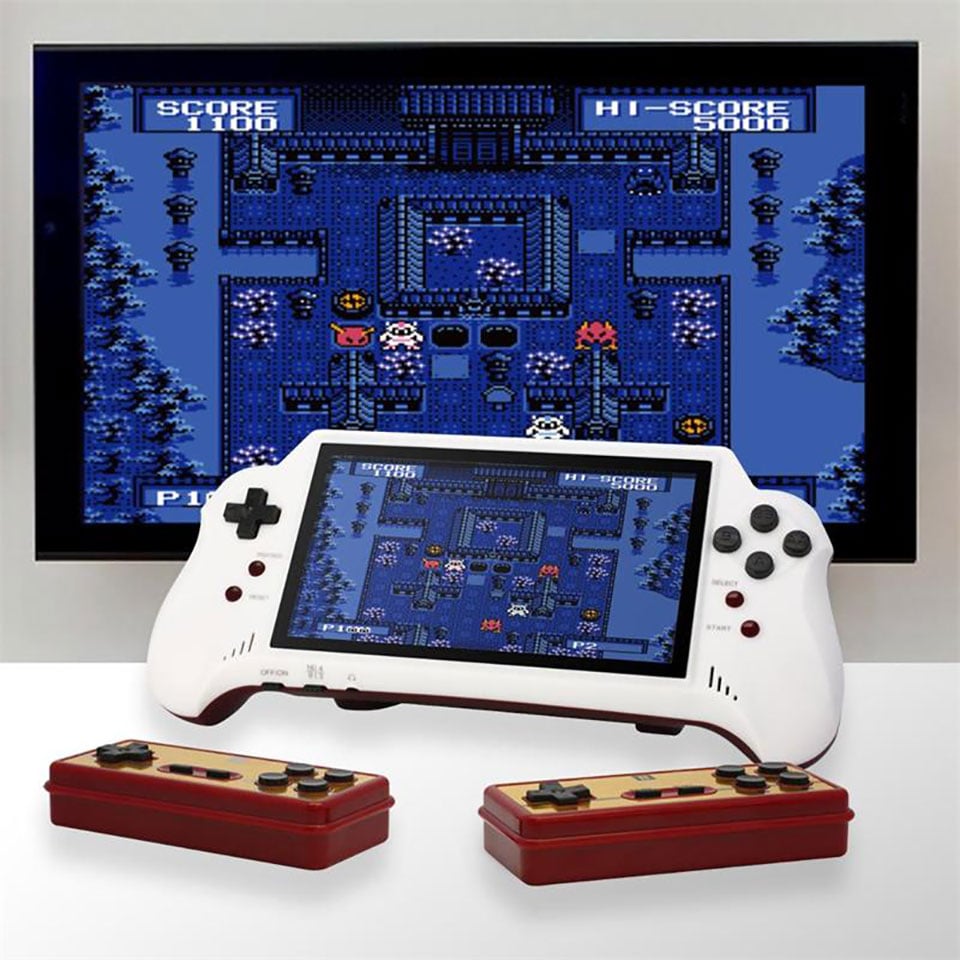 The FC Pocket HDMI is designed to play Nintendo Famicom games on its built-in 7″ LCD screen, but also has an HDMI output so you can connect it to a big screen TV. One big advantage I see here over the RES+ as well is the ability to play games in either 4:3 or 16:9 ratios, so you can still play games in their original format if you prefer. The retro Famicom controllers stick out like a sore thumb compared to the handheld itself. I wish the handheld were styled like a Famicom too.

In addition to being compatible with original Famicom cartridges, the system comes with 112 “original” games built in. It’s not clear what those games are – if they’re licensed Nintendo games, or the kind of mixed bag of low-rent titles that often come built into Nintendo emulators. I haven’t been able to confirm this, but I’m guessing it can plan NES cartridges with an adapter as well. 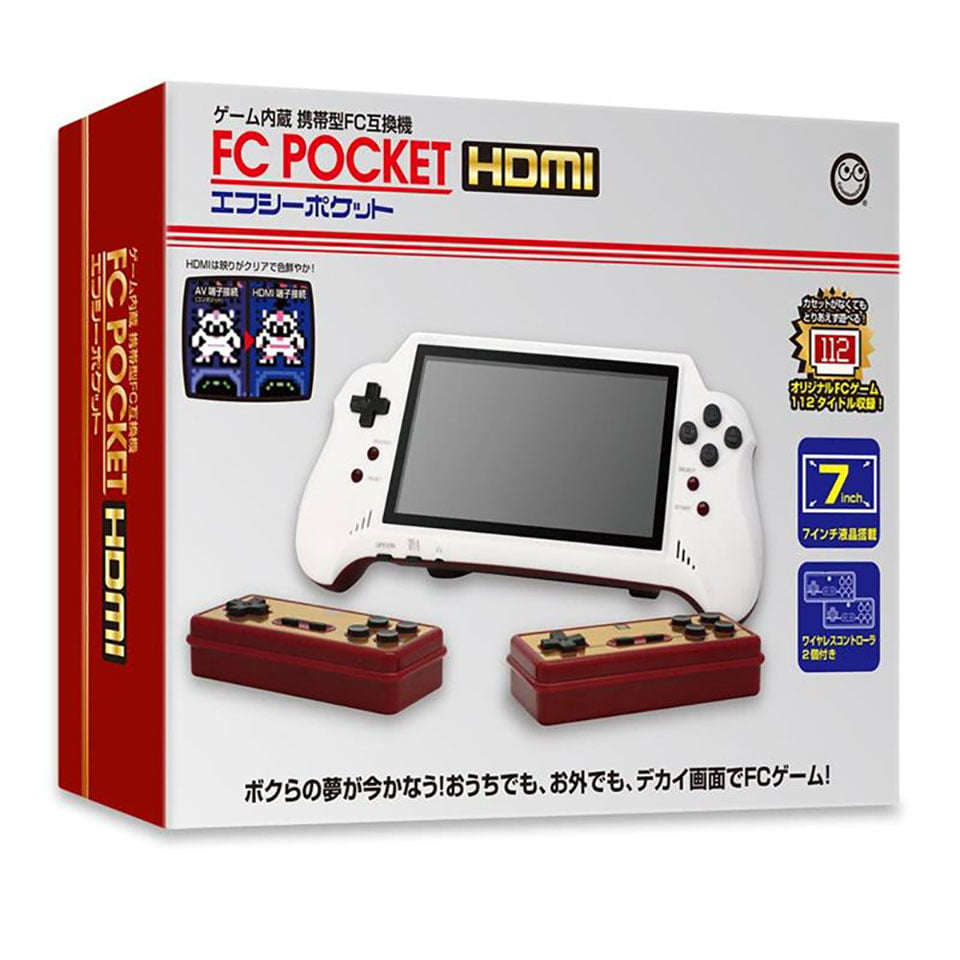 Like many Nintendo “compatible” systems, not all sounds reproduced will be identical to the original Famicom, and there may be occasional glitches.  Still it looks like a pretty neat system.

The FC Pocket HDMI system is available for pre-order from NCSX for $138.90(USD), and will start shipping in late October.