WinPhone 95: If Microsoft Made a Windows 95 Smartphone

The smartphone era hasn’t been kind to Microsoft. From their clunky early Pocket PC-based devices, to the stillborn Microsoft Kin, to their too-little-too-late Windows Phone tie-up with Nokia, the company has tried and failed many times to stake a claim in a world dominated by Android and iOS. But what would a Windows phone have been like if Microsoft made one that ran its wildly popular Windows 95 operating system?

Thanks to UI/UX designer Henrique Perticarati, we now have our answer. He recently put together a series of images which envision what the WinPhone 95 might have looked like, along with some of its specs and features. 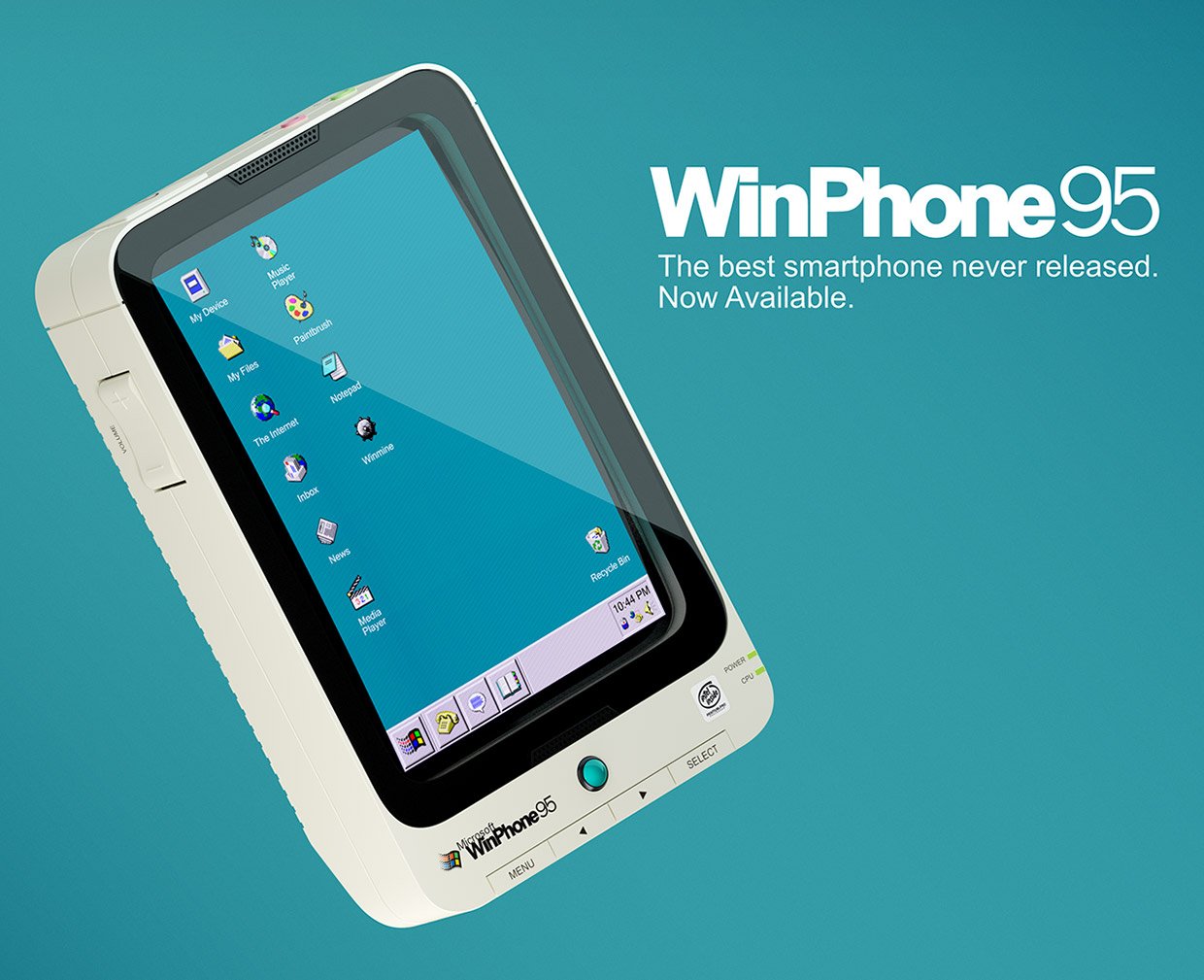 The chunky and awkward brick of a device is the antithesis to today’s ultra-thin smartphones, and features such wonders of technology as a 1.2 megapixels Sony Mavica camera, and a teensy trackball for navigating the Windows 95 interface. And yes, it has a headphone jack (and a microphone jack too.)

Speaking of ports, there’s no USB-C or HDMI here – just good old parallel and VGA outputs for connecting all of your peripherals. Sweet! Time to dust off that old dot-matrix printer so you can print some ASCII art. 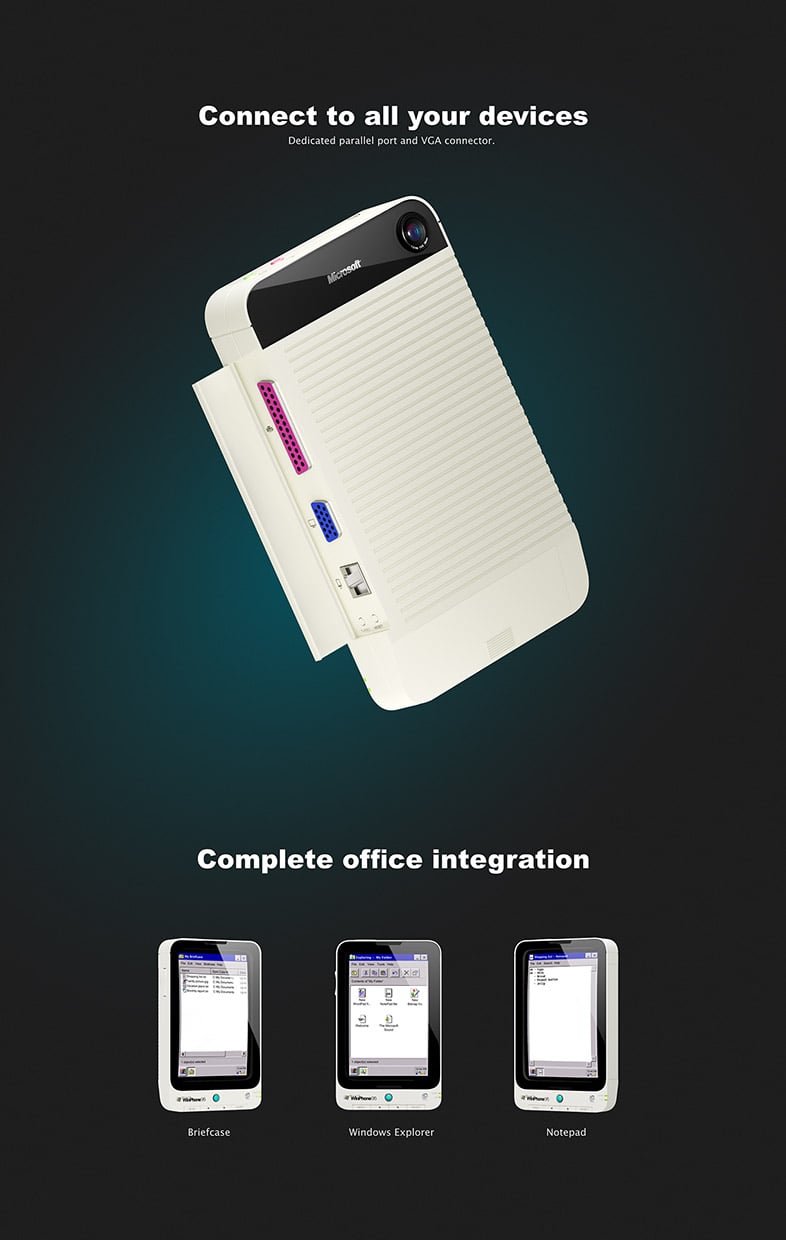 Great job, Henrique! I’m hoping you do a whole series of retro-phones. How about an Atari ST phone, or maybe a Commodore 64 phone? 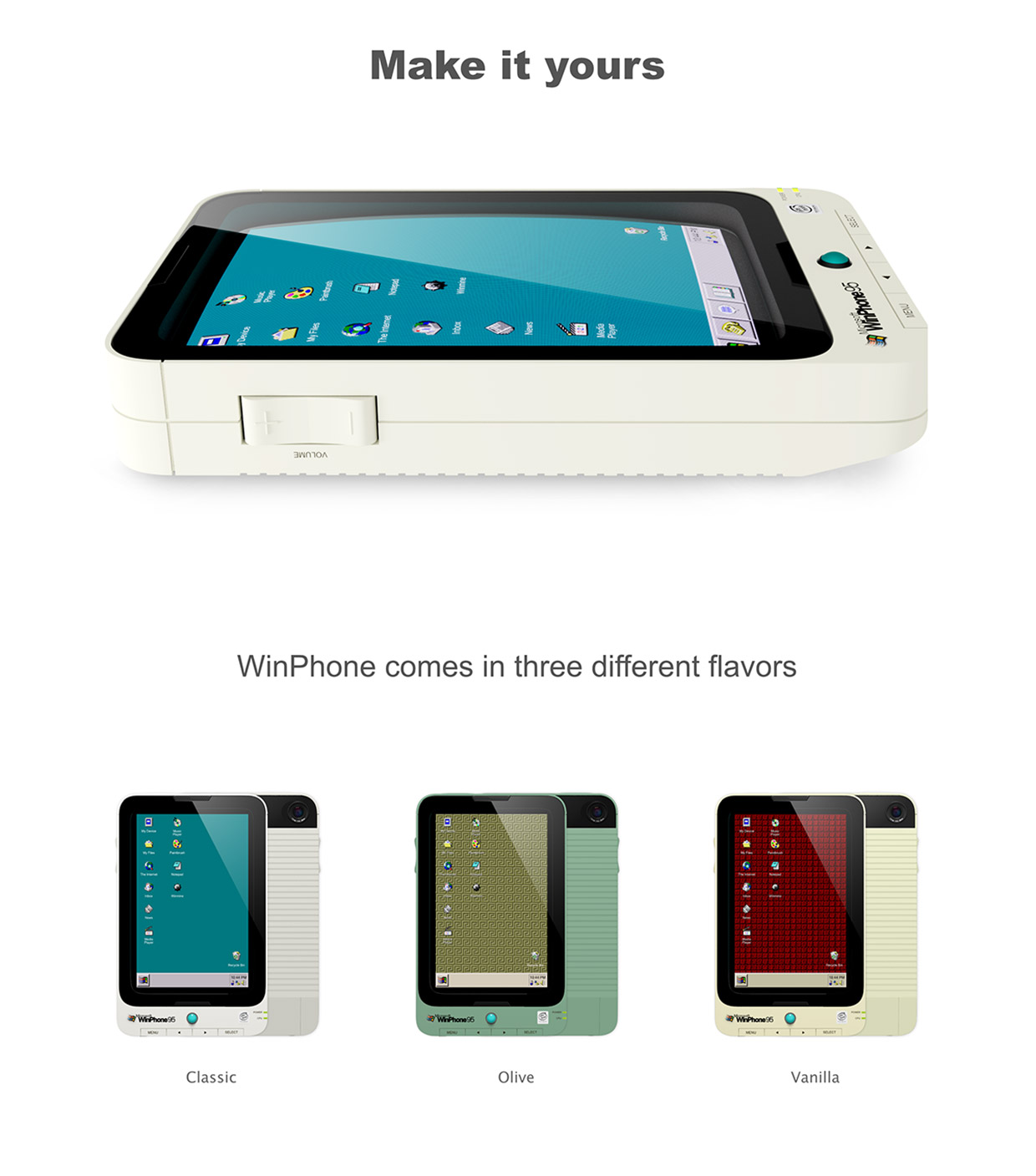