Ultimate Future RoboCop Is Loaded with Weapons, Packed up and Ready to Go

I remember seeing the original RoboCop back when it came out in 1987, and it was awesome in all the right ways. Violence, action, cheesy dialogue, paper-thin bad guys getting splattered on windshields, and a thinly-veiled political commentary all wrapped up in one. In that film, the robotic version of Alex Murphy’s main weapon was a gun that holstered in his thigh. 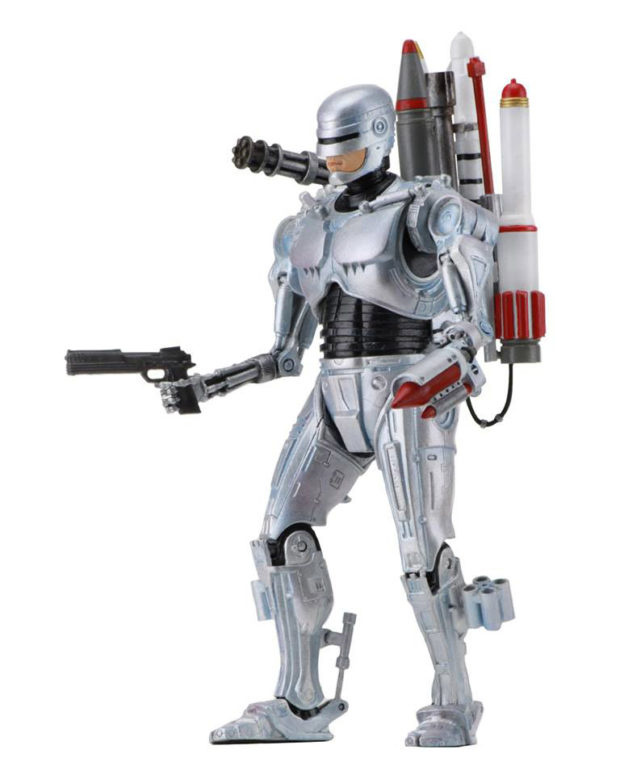 I watched RoboCop 2 and then pretty much gave up on the franchise after that, but apparently he appeared in an awesome “Ultimate” version back in 1992 in RoboCop vs. The Terminator, a comic mini-series written by none other than Frank Miller, and illustrated by the great Walt Simonson. And damn, was this Robocop awesome. Now, you too can enjoy Ultimate Future RoboCop in your toy collection, thanks to the guys at NECA. 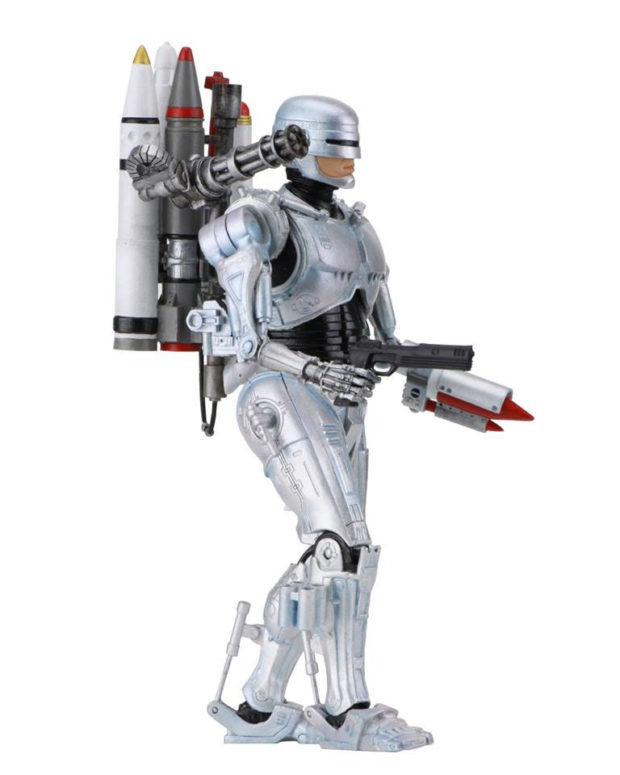 This 7″ action figure truly is the ultimate RoboCop, as he dons a backpack loaded up with missiles and rockets, a shoulder cannon machine gun, and a rocket-launching left arm. So yeah, he’s ready to take on The Terminator and show him what he’s got big time. 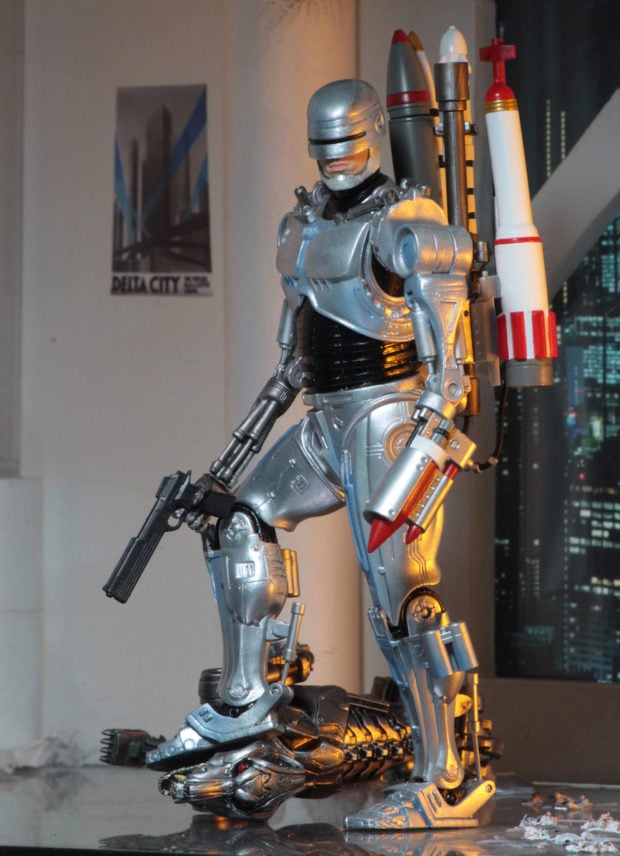 The figure has 25 points of articulation, and looks ridiculously awesome. This guy needs to be in every RoboCop fan’s toy collection. It’s available for pre-order now from Entertainment Earth for $24.99(USD), and should ship this by January 2018. 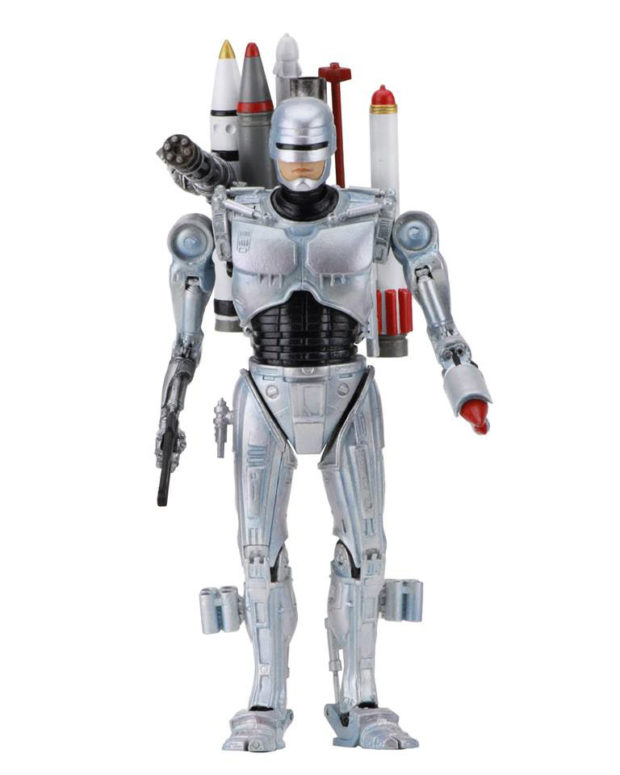