If there’s one bit of kit that’s essential to a proper steampunk outfit, it’s a pair of goggles. Sure, you could just go down to the army surplus shop and buy some old industrial goggles, or you could do what John Park did, and make the kind of goggles that Daft Punk would have had if they were a victorian era act. 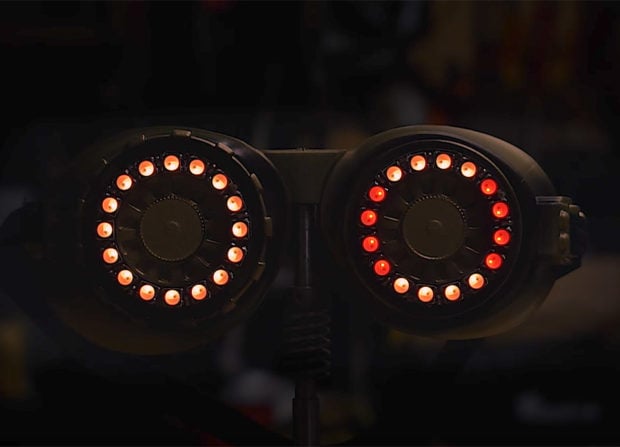 John actually made these sweet goggles for his daughter who plans on going with a steampunk look this Halloween, and they look awesome. What makes them so cool is the light up LED rings which animate in a glowing pattern around the lens areas.

He built them using some inexpensive costume goggles, a pair of Adafruit’s NeoPixel LED rings, and controlled them with a Gemma M0, their wearable electronics platform, running a special flavor of Python called CircuitPython – a lightweight programming language which allows for quick and easy programming of inexpensive microcontrollers.

They look pretty awesome in the video and images, but it doesn’t look like you can see out of them. I think if I built a pair, I’d drill some small pinholes in the centers to allow for some vision so they could actually be used. 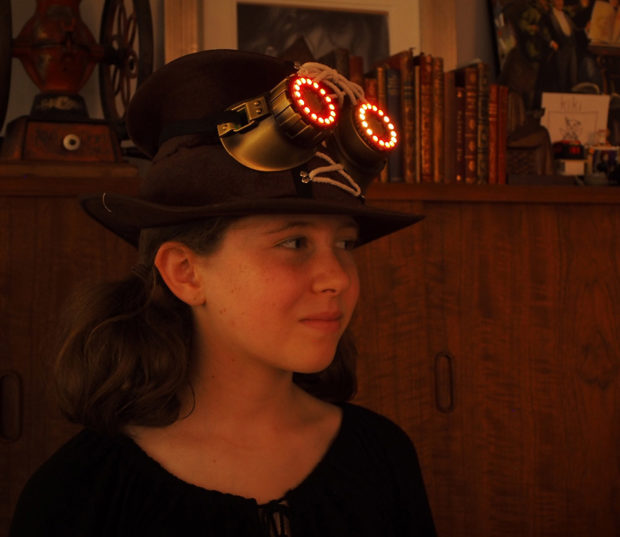 If you’re interested in building a pair of clockwork goggles for yourself, head over to the project page on the Adafruit website.