I’ve yet to see the Blade Runner 2049, but everyone is saying it’s a pretty incredible movie. Given the fact that the original Blade Runner is one of my favorite films of all time (despite its flaws), I can’t want to see how Denis Villenueve’s long-awaited sequel turned out. 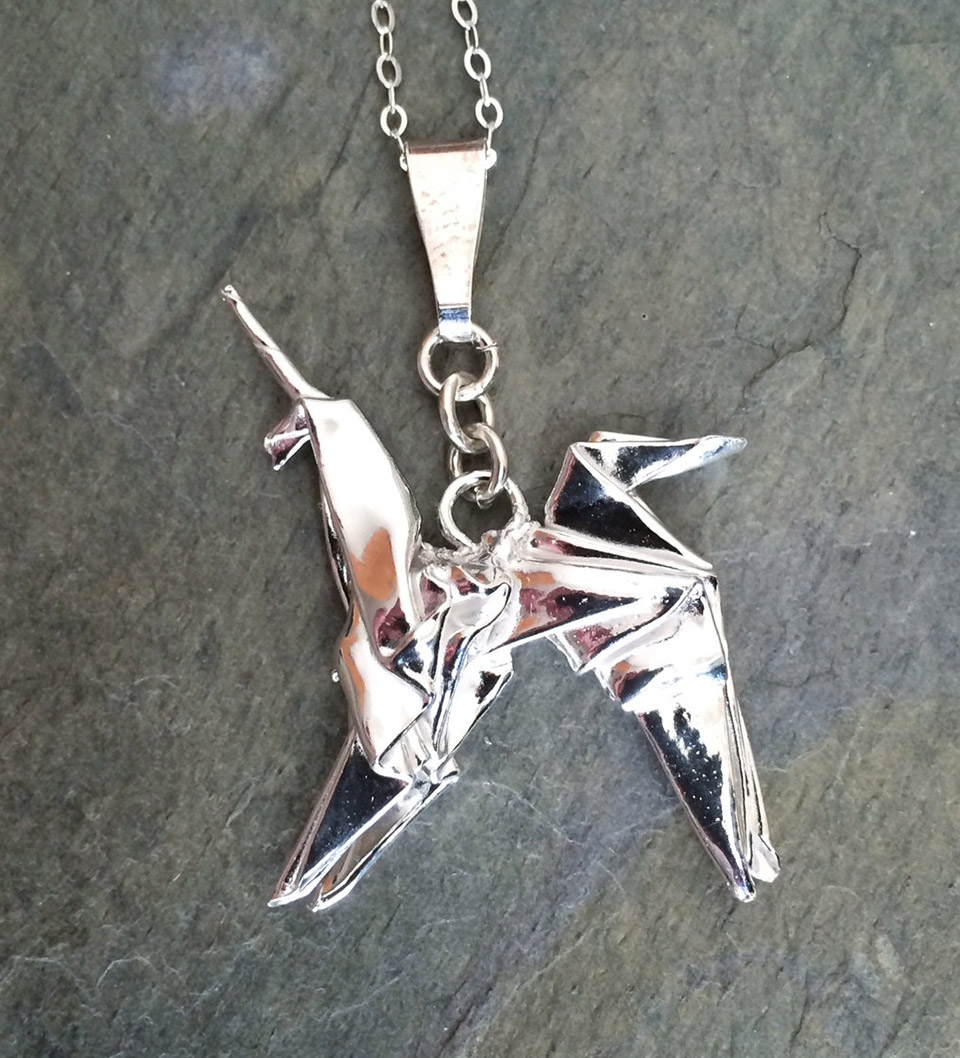 Fans of the original Blade Runner know that Gaff (Edward James Olmos) liked to make little origami animals, most significantly, the unicorn that is representative of Rick Deckard’s mysterious past. While you could certainly fold your own paper unicorn, this sterling silver version is much, much cooler. It’s made by AllegroArts and is a dead ringer for the origami unicorn from Ridley Scott’s original 1982 film. Each one is handmade from folded sheets of fine silver, and comes on either a 18″ or 24″ sterling chain. 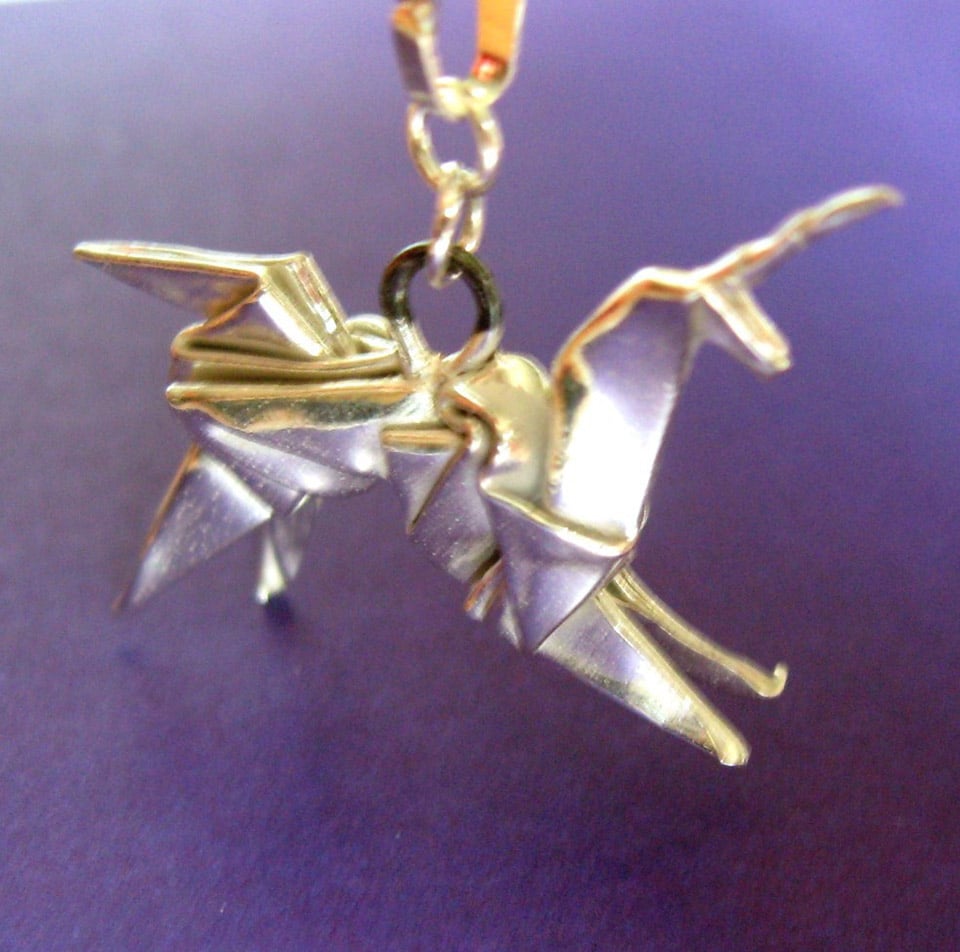 The pendant is priced at $85 to $90 (USD) in AllegroArts’ Etsy shop, and as of this writing, they only have one left in stock, so you’d better faster than Pris can do gymnastics if you want one.