Impressive. Most impressive. Takara Tomy’s one-of-a-kind take on Darth Vader is called the Star Wars Powered by Transformers 01 TIE Advanced x1. It doesn’t even have “Darth Vader” in its name, but that’s the surprise! 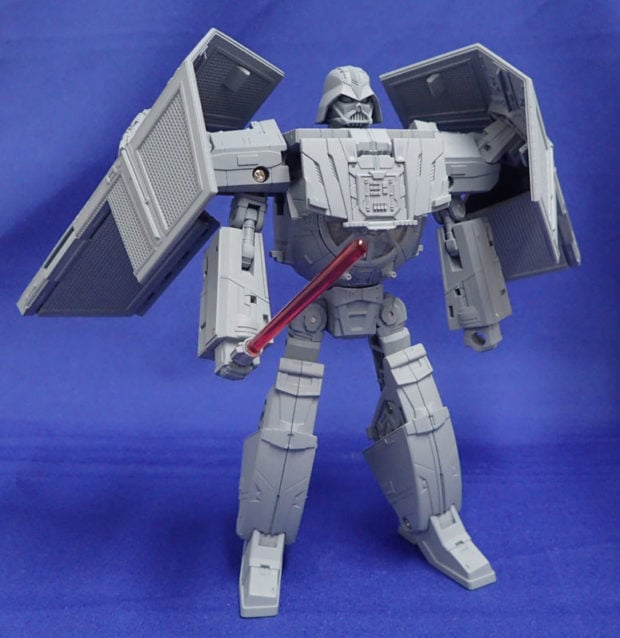 Aside from coming with a tiny Darth Vader figure, the Sith Lord’s ship actually transforms into a robot version of himself, complete with a giant lightsaber. The photo above shows a prototype of the completed transformation. 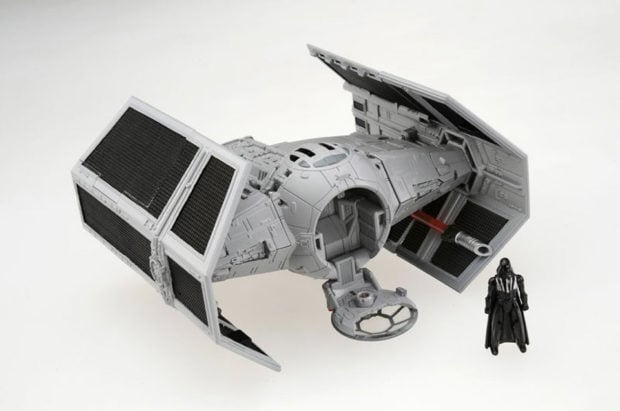 If you pre-order the toy now, you’ll also get five mini-stormtroopers. Give each of them a different color and you have a Super Sentai squad.

Looks like the Autobots are screwed. You can pre-order the action figure set from BigBadToyStore for $55 (USD).