Basic drones are a dime a dozen these days, turning up everywhere from Walmart to your local 7-Eleven. But most of them share a few drawbacks – they’re cumbersome to carry around, easy to damage, and their spinning propellers can be a hazard to anyone who goes near them. A new drone design from engineers the Laboratory of Intelligent Systems at École Polytechnique Fédérale de Lausanne aims to solve all of these problems. 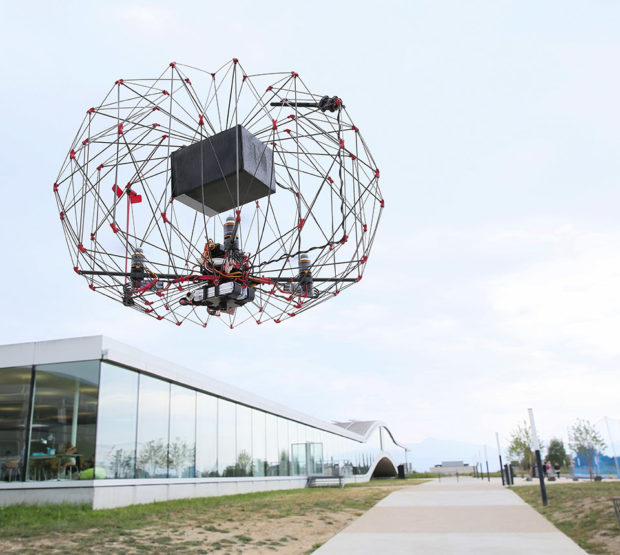 Designed first and foremost as a delivery drone, P.M. Kornatowski, S. Mintchev, and D. Floreano’s autonomous flying machine carries a small payload (up to about a pound), without risk of injury to the item or its recipient. The main innovation is its folding cage, which not only allows the drone to collapse to about 8% of its full size for storage, but acts as a shield to protect its cargo and propellers from damage, as well as keeping fingers away from the blades as it lands.

It’s a pretty novel approach to several problems, though it does require that the recipient know how to open the cage to remove their package, and then to close it properly before it returns to its sender. Even if it’s never used for package delivery, the design would make for a pretty awesome toy. 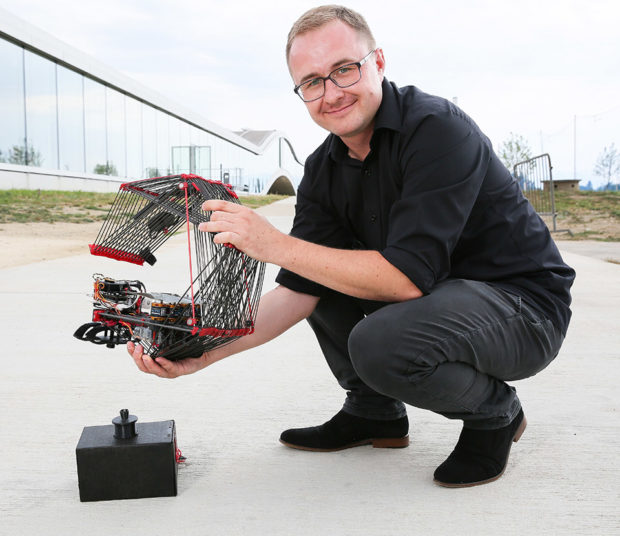 At this point, the drone is still in the development phase, and there’s no word on if or when it will be commercialized.