This Robotic Crab Processing Machine Is the Stuff of Nightmares

Despite what science fiction movies tell us, real world robots aren’t all creepy and trying to murder us. They build cars, assemble electronic gadgets, disarm bombs, and take on tasks humans don’t want to do. But this robot really does want to kill. Fortunately, it only has an appetite for crabs. At least so far. 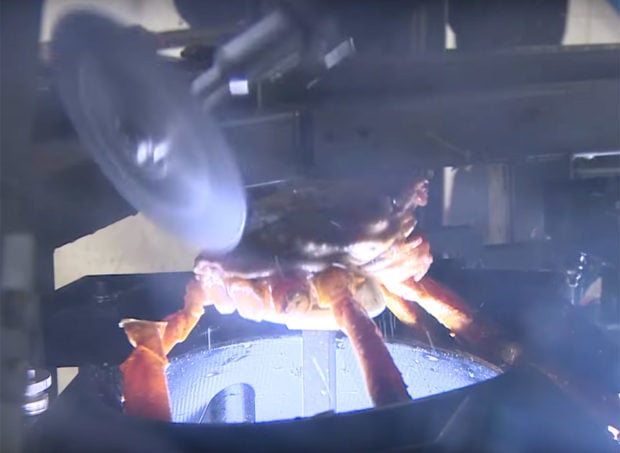 The nasty looking apparatus you’re looking at is designed to take on the task of separating crabs from their legs and pluck out their meaty insides. The Canadian Center for Fisheries Innovation developed this robot to explore the possibility of using machines to take on a gory task mostly done by humans today.

It’s definitely the stuff of nightmares if you’re a crab or just think crabs are adorable. But if you love the way they taste, then you have no right to complain about the unfeeling torture this thing inflicts on its victims. Fortunately, for the crabs, they’re actually already dead before they go under the spinning blades of this thing.

While I can definitely see the value in these robots with taking on jobs which are getting harder and harder to fill with humans, I’m still concerned that one day our robot overlords will build use machine learning from this project to realize they can build a human-size version.