Coca-Cola PC Casemod: Have a CPU and a Smile

We used to feature lots of awesome PC casemods here on Technabob, but the rise of laptops and mobile devices has all but killed the desktop PC except for high-end gaming and professional workstations. So with that, the number and frequency of cool mods has decreased dramatically. But here’s one recent casemod I really thought was worth sharing.

Built as a collaboration between PC maker MAINGEAR and tooth decay maker Coca-Cola, this amazing custom PC build is loaded with the latest and greatest tech, and also looks amazing. 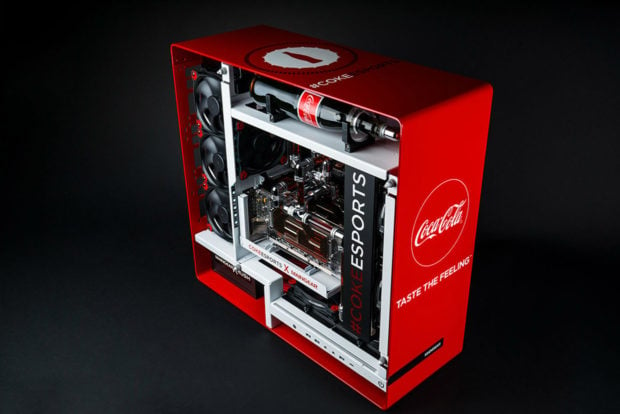 The PC features Coke’s iconic red and white color scheme, and a slick liquid cooling system that incorporates an actual glass Coca-Cola bottle. They even managed to figure out a way to make the cooling liquid look like Coke, complete with fizzy bubbles inside. They even went so far as to use the actual mix of dyes that Coke uses in their soda for authenticity. There’s also a slight green tinge to the side glass, which matches the “Georgia Green” that Coke bottles are made from. 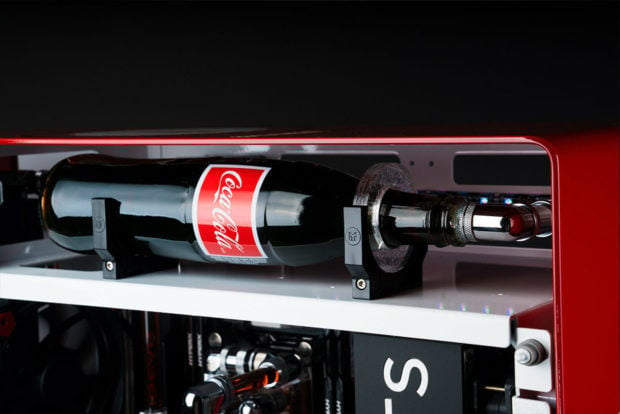 The gaming PC is based on the MAINGEAR Rush, running an Intel 6950x CPU and HyperX memory. However, it’s been highly customized for this build. One of the highlights of the system is the dual GTX 1080 graphics card stack that they managed to mount at a 90º angle relative to the motherboard, and the visible liquid cooling that flows through see-through plumbing and into a cooling reservoir on top of the card. 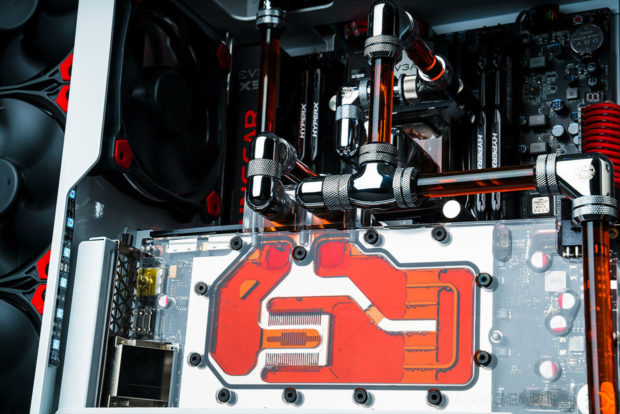 It’s a really beautiful build, though I really wish it had a Coke dispenser built in. Actually, I prefer Diet Coke.