If you grew up in the ’80s, you might remember this classic Fisher-Price toy – a cassette player designed for just for kids. It was build from chunky, nearly indestructible plastic, and had big buttons on top for its basic functions. It also had terrible, tinny sound, but that’s no longer a problem thanks to HiFi Luggage. 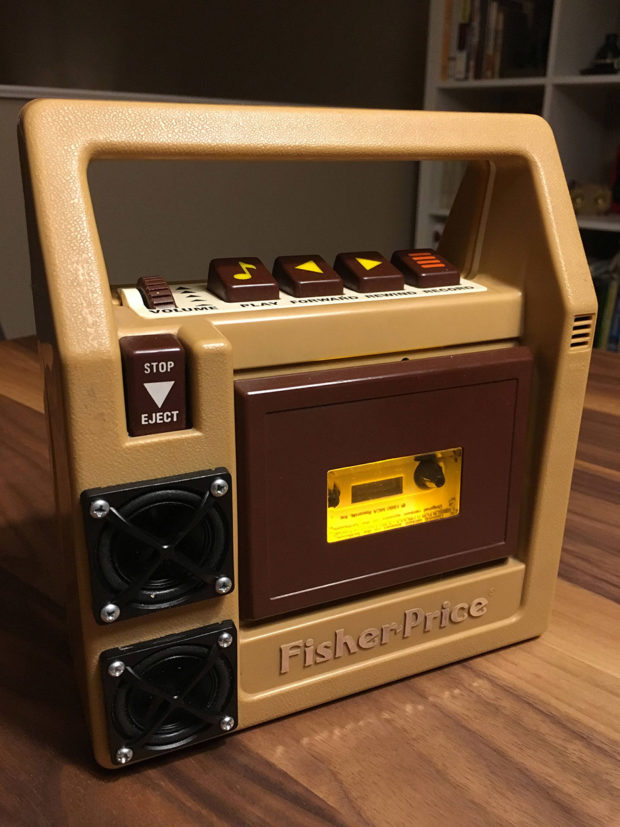 These guys mod everything from suitcases to lunchboxes with high quality amplifiers and speakers, and for this build, they pimped out one of the aforementioned Fisher-Price cassette players and turned it into a boombox. 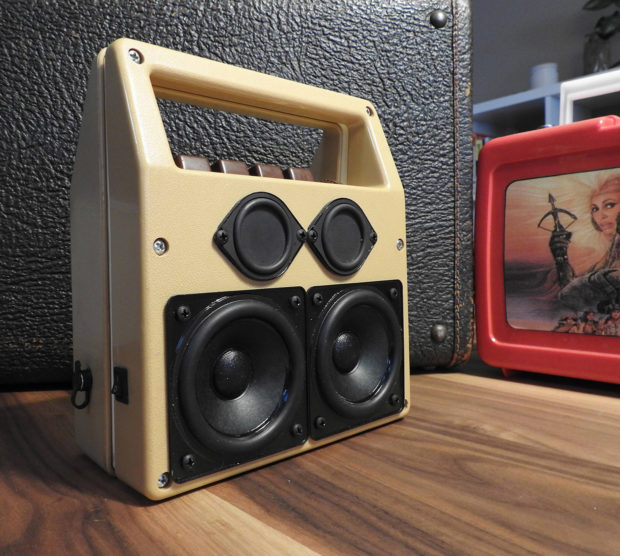 It’s now got 20 watts of digital amplification, a rechargeable 8 hour battery, and packs a two 3″ woofers, two 1.5″ passive radiators, and two 1.5″ speakers up front. The whole case has been sealed for optimal acoustics, and it’s been designed to kick out some serious volume for its size. Simply connect your device via Bluetooth, and you’ll be rocking today’s tunes on this classic ’80s relic.

Sadly, it no longer plays cassette tapes, which is a bit of a bummer, but as you can see, there really wasn’t any room inside to keep the mechanism. The LED-illuminated Bell Biv Devoe cassette has been permanently sealed inside. Still, it’s a pretty awesome build, but also quite pricey at $595. Check it out over on Etsy.