If you look back at Technabob over the years, you’ll notice that we’ve featured a number of cool watches from TokyoFlash Japan. In recent years, they haven’t been as prolific as back in the day, but they’re still coming up with some really neat and unusual timepieces, like this awesome looking design shown here. 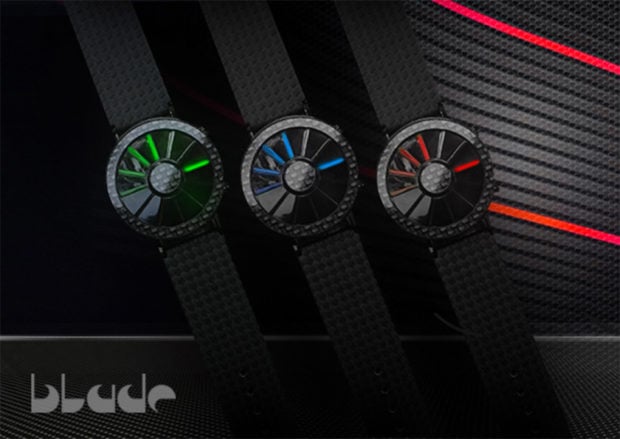 The new Blade watch is their first watch to feature real carbon fiber components, and has a neat, sculpted display which looks a lot like a turbine fan. It’s got a matching black leather band with a carbon fiber surface effect to complete the look. 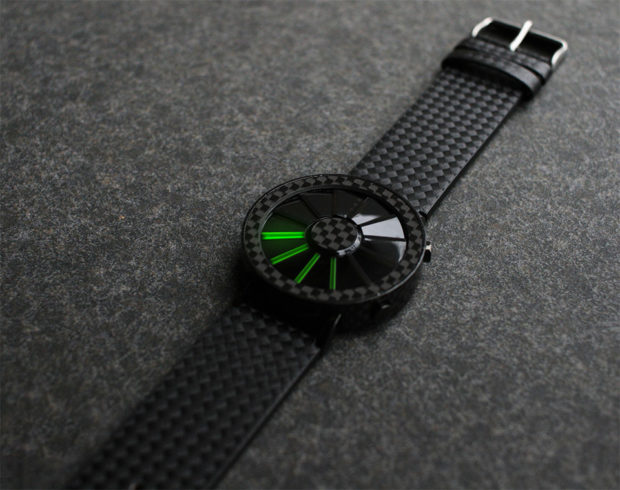 The watch is available with red, blue, or green LED tubes to display time, which appear as a set of lines which can either blink in position to indicate the current time, or can also replicate the hands on a traditional analog dial. The watch also has an alarm mode, and is rechargeable via a USB cable.

Best of all, the Blade carbon fiber watch is reasonably priced, at just $169. You can order one now over on the TokyoFlash website.