Star Wars Mighty Muggs: The Expressive Side of the Force

The Last Jedi opens in theaters in just a couple of weeks, so Star Wars fan fever is starting to swell once more. And sometimes the only prescription for fan fever is more collectibles. Fortunately, Hasbro has got us covered with a new series of Mighty Muggs toys, inspired by characters from the Star Wars universe. 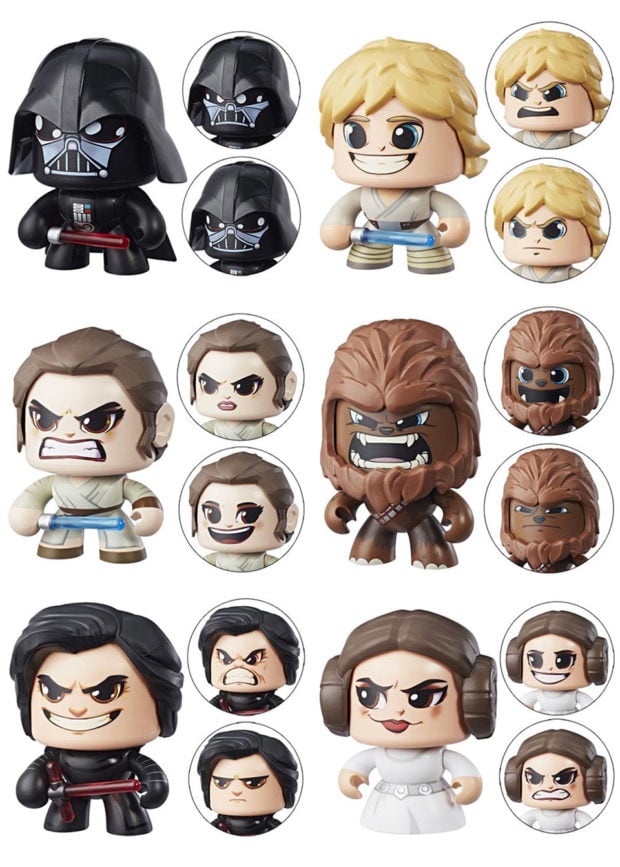 The soon to be released Star Wars Wave 1 set includes big-headed version of Darth Vader, Chewbacca, Luke Skywalker, Rey, Kylo Ren, and Princess Leia. Each figure has three different expressions, which are revealed when you push down on the tops of their heads. Sometimes they’re happy, sometimes they’re sad, and other times, they’re making their helmet bend to their whim.

The figures measure 4″ tall and sell for $10.99 each, or $59.99 for the complete set. They’re available for pre-order on Entertainment Earth now, and are expected to ship later this month.