When you’re on the go and you want to watch videos, most of us do it on the small screen of our smartphones or at best a tablet. What if you could watch your favorite content on a massive screen no matter where you are? With the Royole Moon 3D Virtual Mobile Headset, you can do just that thanks to the pair of displays which provide full HD images close enough to your eyes that it mimics the look of a giant screen at the theater.

Those tiny screens produce images at full 1080p resolution, using extremely dense 3000 ppi AMOLED displays. They’re tucked away inside a headset that integrates a pair of over-the-ear noise cancelling headphones. Just put them on your head and watch all you want. There is lots of adjustability in both the earphones and the headset to accommodate each person. The adjustment for the headset includes independent focus adjustments for each eye and -7.0 diopter nearsightedness to +2.0 diopter farsightedness adjustments. The idea here is so they can accommodate your eyes without wearing glasses. 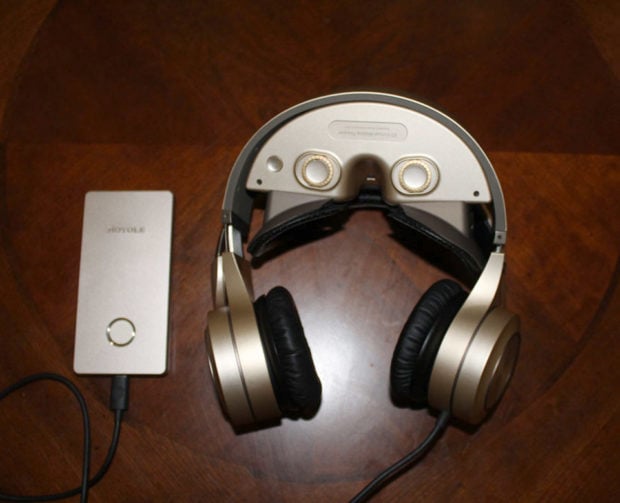 The internal battery that powers the headphones is good for five hours per charge. That battery pack is almost the same size as my old iPhone 5S and looks a bit like it too. That means when watching on the go you can slip the entire battery and hardware device into your pocket and view wirelessly. There is a cable that runs between the headset and the battery pack, but that’s it.

There are multiple video sources available with the Moon 3D Virtual Mobile Headset including HDMI, Wi-Fi, and USB along with 32GB of onboard storage.  The integrated Wi-Fi means you can stream video from YouTube, Netflix, and just about anywhere else. 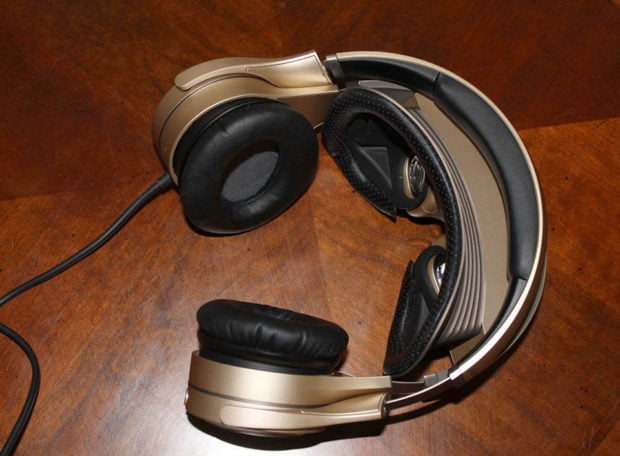 The Moon 3D Virtual Mobile Headset requires a bit of setup for each person who will be using the device. You specifically need to spend time ensuring that you adjust the headset to show clear video for you. I used it with slightly off adjustments and it left my eyes quite tired. My wife spent time adjusting it perfectly for her eyes (she normally wears glasses) and watched with no ill effects. 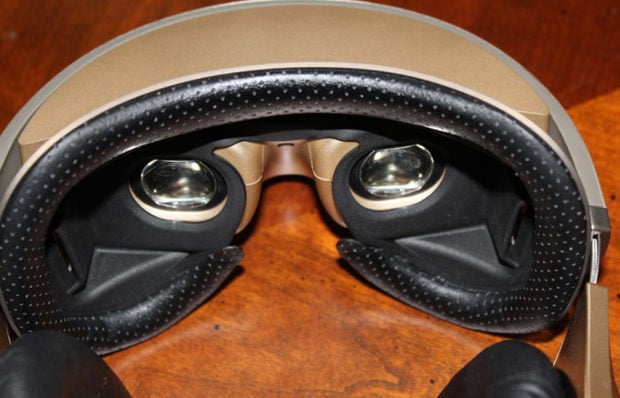 The initial setup of the device takes some time. The navigation of menus and entering of passwords for websites and Wi-Fi networks is done using an onscreen keyboard and a touchpad that is on the right ear cup. I eventually got used to the swiping action, which is somewhat like a trackpad on a notebook, but it is odd to start with. I found myself accidentally clicking rogue letters when trying to swipe because a tap on that ear cup selects a letter. You adjust the volume of the headset by sliding your finger around the rim of the earcup on the right side. 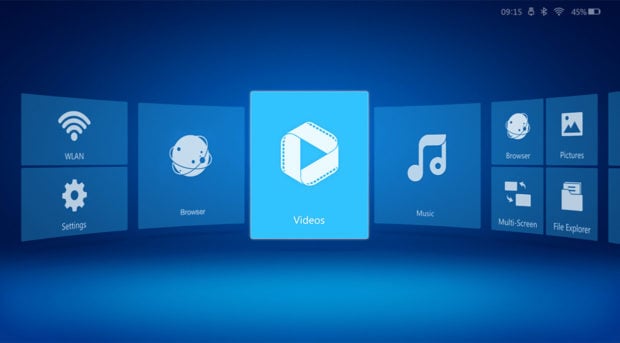 When I used the web browser of the Moon 3D Virtual Mobile Headset to navigate to Netflix, I was automatically prompted to download the app and place it on the home screen of the headset. Once logged into the app, I could navigate the Netflix app and play whatever I wanted. I did find the navigation of the app to be difficult because it was hard for me to see what was greyed out and active on the window. Being the first time I used the Netflix mobile app without a touchscreen, this is likely a shortcoming with the Netflix app itself and not the headset.

My review unit came with some clips pre-loaded into its onboard memory. My favorite was the 3D Jurassic World clip. The 3D effects look fantastic on the headset. Colors were sharp and vivid, and the brightness is fantastic. The creatures jumped right off the screen. The on-board clips look much better than Doctor Strange that I watched via Netflix during testing. The dark scenes in that movie were very blurry, but the bright outdoors scenes were crisp and clear. The Jurassic World clip had none of the issues with dark scenes looking cloudy and grainy. That said, its clear that the source of the video can affect playback quality. 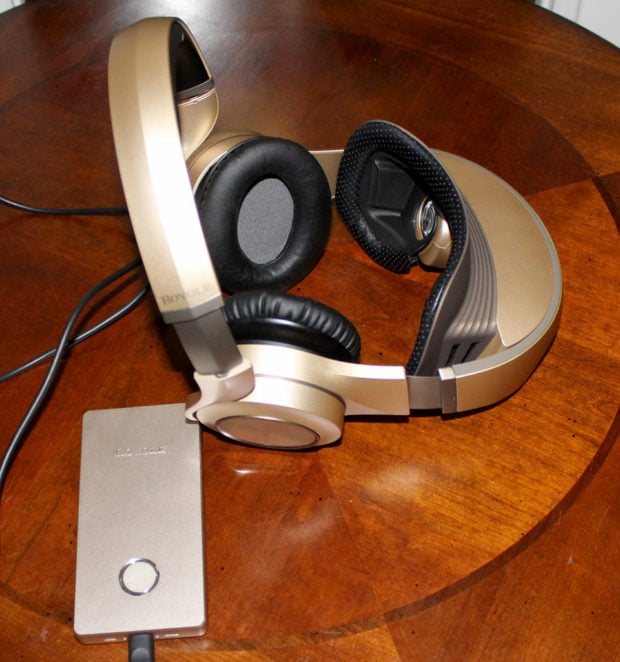 Overall, the Moon 3D Virtual Mobile Headset is a fun and immersive way to watch videos. I really enjoyed viewing 3D content on the headset, and I don’t typically like 3D content at all. The sound is fantastic and does a very good job of blocking out much of the outside sound. This might be the perfect video device for long flights or long commutes as a passenger, assuming you don’t mind strange look while you’re wearing it. Overall, the Moon 3D Virtual Mobile Headset is very cool, and many will find it great for watching video at home or on the go.