Dawid Szmandra’s 1:24-scale Liebherr LR 11000 crane literally towers over other LEGO builds. In fact, when its boom is fully raised, it won’t fit in the house. This model is an amazing piece of LEGO engineering, sure, but the best part is that it’s strong enough to actually lift and move furniture. So you could use this thing to redecorate your house if you wanted to, moving things to and fro as if it were a construction site. 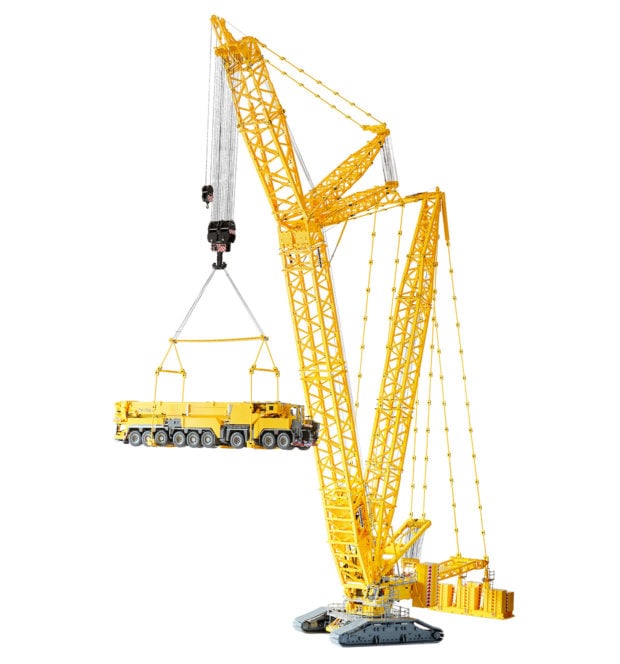 Granted, the 60 pound model won’t move the couch or fridge, but it will handle smaller stuff with ease. The crane is powered by four LEGO Mindstorms EV3 bricks, nine motors, and some automated sensors. Sure, it takes up most of the real estate in any room you use it in, but it’s still fun to lift chairs and other small furniture.

You can’t help but wonder how much money Dawid spent on yellow LEGO bricks in order to create this beast. It is an impressive build to say the least. Dawid could probably build a life-size LEGO crane after this if he had enough bricks. I can’t believe he made it so large and still structurally strong. Just shows you how amazing LEGO bricks are. 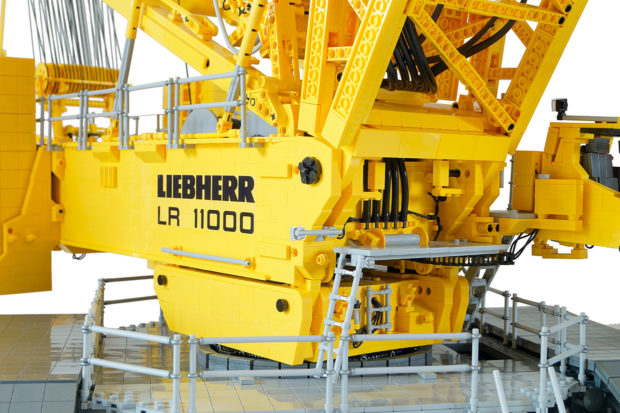