We’ve had an Xbox One in my house since the console launched a few years back, and as most penny pinchers do, we bought the console with the smallest amount of storage space available. At the time, downloading games wasn’t very high on our radar and we figured we would never fill up the internal storage. Famous last words.

Fast forward a few months and the internal drive was full and my son was feasting on season passes and downloaded games and griping all the while that he was having to delete stuff for each new game we added. This led to a long hunt for external hard drive that would perform well with the console.

Again, being a cheapskate and assuming that any old USB drive would work, I learned a hard lesson. Yes, any USB drive I plugged into the console “worked” as in it would let me store stuff and most often access that stuff. The myriad of external desktop drives that I tried would connect when we started the console in the morning, and then not connect in the afternoon after turning it off for a few hours. We were constantly rebooting the console and unplugging and plugging the external hard drive. Then Seagate reached out and offered me a review unit of the new 8TB Game Drive Hub for Xbox. 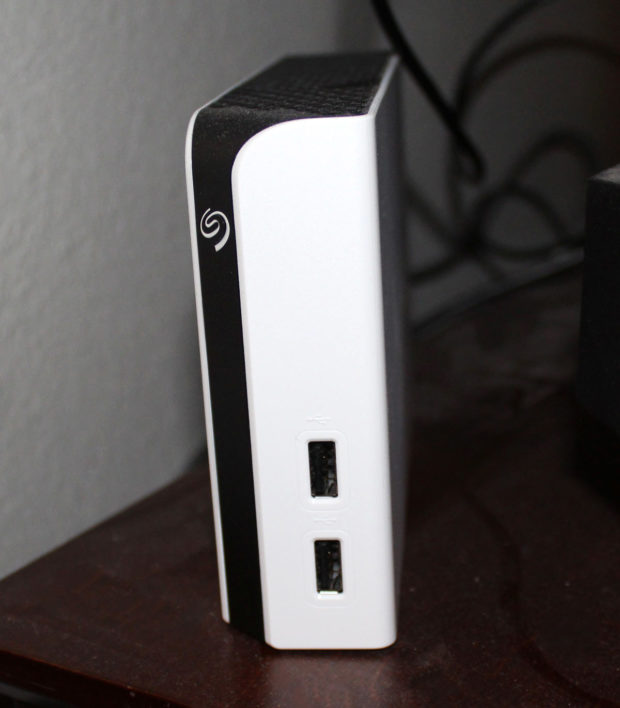 I’ll tell you straight away I’d have looked right past this drive at $239.99 being the Mr. Krabs type. This is another of those life lessons in that you most certainly get what you pay for. I’ve had this drive for months now and my son spends many hours each week playing the console and we have had not one single issue with connectivity. The drive came in for review way back in July, I promptly plugged it in and it was so trouble free I absolutely forgot I had it installed (sorry Seagate!). 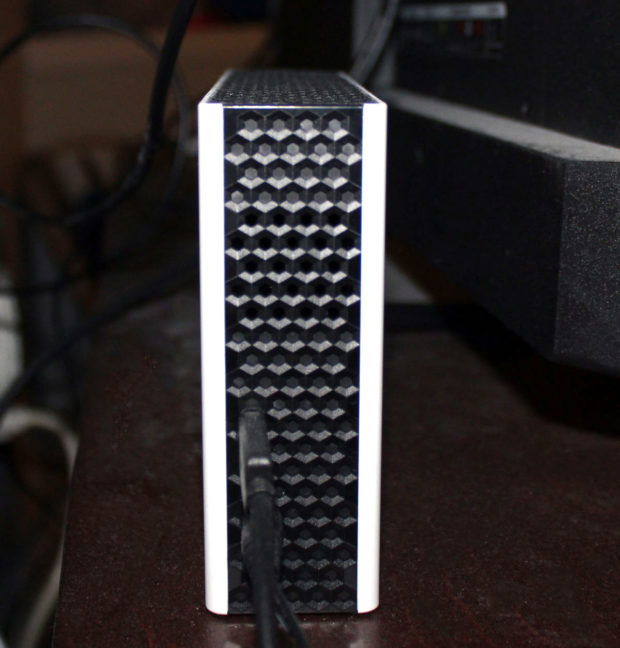 This is a huge deal, as we went from nearly daily reboots and fits over the old hard drive not connecting, to five months of trouble-free perfection with the Seagate Drive Hub. I can’t tell you how big a deal that is for a family that is constantly downloading games, movies, and other content on the Xbox One. We previously worried with each use of the console that it would be a half hour fight with our old external hard drive to get things going.

Installing the 8TB drive is as easy as you think it will be, plug in the AC power, plug in the included USB 3.0 cable and you are good to go. The drive was immediately recognized and worked perfectly from the minute it was connected. This is an officially licensed Xbox One storage drive and gives you a pair of USB 3.0 ports on the front, so you don’t lose any connectivity either. 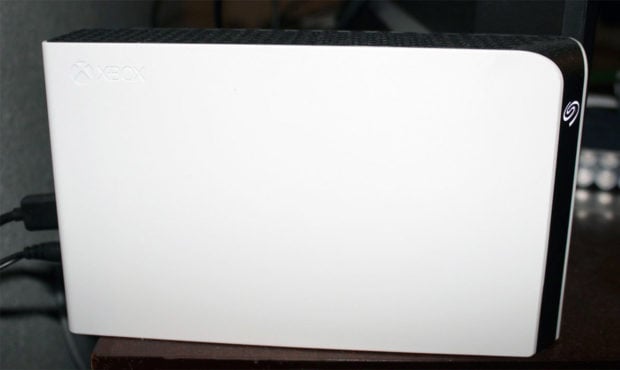 Speaking of connectivity, I can’t tell in the least when a game is running off the Game Drive Hub or the internal HDD of the console. The best accolade that I can muster for the Seagate Drive Hub for Xbox One is that it works so well, you will forget you even have it. The 8TB of space means no having to delete stuff when you want to add new games and content. The 8TB Seagate Drive Hub for Xbox is money very well spent.